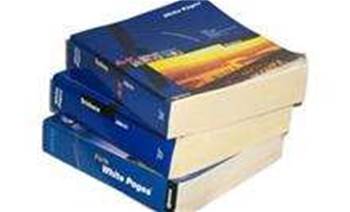 A Sydney judge claims to have been forced out of his home after Telstra listed his name and address in the White Pages following its connection of a phone line for his home security system.

Judges' contact details are fiercely guarded by the court system to prevent them becoming targets of revenge by unhappy litigants.

The Sydney judge contacted Telstra to have a phone line set up for a home alarm system he had installed to address work-related security concerns in April last year.

After it connected the line, the judge discovered Telstra had published his name, address, and the number of the phone line in the White Pages online and in print.

The listing has earned Telstra a public reprimand and an $18,000 fine from the Privacy Commissioner, who today ruled that the incident breached the Privacy Act because the judge was never told the new line would be listed.

The sum will compensate the judge for “stress and anxiety” he and his partner experienced as a result of having their details made public, including reports that a litigant affected by one of his rulings in the Family Court had taken to ‘loitering’ out front of the property.

“As my details and those of my partner are suppressed on every public register, I infer his knowledge of our address is the White Pages site,” the judge contended. His identity was not revealed in Privacy Commissioner Timothy Pilgrim’s judgment.

Pilgrim ruled that then-Telstra subsidiary Sensis, which is charged with updating the phone directory, should have made it clear to the man that his details would appear in the directory under the terms of the (now superseded) privacy principles.

He criticised Telstra’s privacy statement for failing to list the White Pages amongst its uses and disclosures of personal information.

Telstra, however, maintained it has done nothing wrong.

It argued the White Pages are so well known that any fixed line customer should reasonably assume their details will be listed unless they specifically ask for a silent number.

The telco also pointed to a condition of the Privacy Act that exempts disclosures required by law, which Telstra says should cover the publishing of the judge's details because directory listings are a condition of its carrier licence under the Telecommunications Act.

But this defence was rejected by Pilgrim, who countered that the licence condition does not constitute a legal obligation. He also judged that it was not necessarily reasonable for an average customer to expect a non-voice service – like an alarm connection – to end up in the phone directory.

“There is no information before me to suggest that individuals who apply for a phone line for the purposes of an alarm system are aware or made aware that this service falls within the definition of a ‘standard telephone service’ and their information will therefore be handled in the same way as a phone line for a functioning handset,” he wrote.

On top of the fine, Telstra has been ordered to issue a written apology to the judge. The Privacy Commissioner said the telco has begun to change its processes for signing up new customers to make it clear they will be listed in the directory as default unless they signal otherwise.

Since his contact details were made public, the Sydney judge said he had been forced to apply for an interstate transfer out of fear for his safety.

“Telstra’s breach has had serious consequences for the complainant. The complainant has as a result of the breach suffered significant anxiety and distress including I believe a well-founded fear for his physical safety and that of his partner,” Pilgrim said.