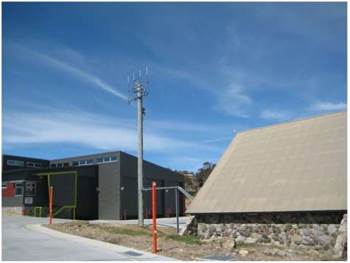 Telstra is headed for a regulatory showdown over the fees it charges others for space in its ducts and exchanges.

Support is building for the Australian Competition and Consumer Commission (ACCC) to intervene in the facilities access space and commence an inquiry.

Optus, iiNet, AAPT, Macquarie Telecom and now the Bevan Slattery-founded Megaport have come out in favour of the proposal. They invariably argue that fees for space in Telstra's infrastructure are too high, making their services not as competitive as they could be.

Access to Telstra facilities is already regulated under Schedule 1 of the Telecommunications Act, though at least some ISPs — such as iiNet and AAPT — believe that isn't working. There is also a facilities access code in operation that is currently up for review.

New options being proposed by the ACCC require it to exercise powers under Australian competition law, which Telstra sees as potentially unlawful.

The ACCC is currently reviewing a set of final access determinations (FADs) that regulate prices for a basket of wholesale carriage services that run on Telstra's copper network.

The Commission is canvassing whether or not it can simply extend the scope of these existing determinations to cover the carriage service plus any telecommunications facilities required to deliver it.

Telstra is against such scope creep, arguing such an "option is only open to the Commission if it [the ACCC] can establish a sufficiently direct nexus between the facilities access in question and the relevant declared service".

"In other words, it would be wrong for the Commission to simply assume that it can regulate all facilities access through the [determinations] for the fixed line services."

The alternative would be to create a whole new class of declared services for duct and exchange space, though Telstra argues any such attempt by the ACCC might constitute an overreach of its regulatory powers.

Telstra said it believed such a proposal stretched the limits of competition law, and that in any event, attacking a single issue with multiple laws could prove constitutionally problematic.

"It could not have been Parliament's intent" to have two Acts — the Telecommunications Act and the Competition and Consumer Act — used to manage access to a single set of Telstra facilities, the carrier argued.

"Parliament has established a specific regime to regulate access to facilities, which is set out in Parts 3 and 5 of Schedule 1 of the Telco Act," Telstra stated in its submission.

"Accordingly, Telstra considers that it is beyond the scope of the Commission's powers to declare access to facilities under [the Competition and Consumer Act] and that the appropriate legislative regime for regulating facilities access is set out in Schedule 1 of the Telco Act."

Interconnection services start-up Megaport is the latest access seeker to put its weight behind an ACCC inquiry into — in particular — the prices that Telstra charges third-parties for space in its ducts.

Megaport said in a regulatory submission (pdf) of its own that Telstra's duct network is a "bottleneck" facility owing to the fact there are few alternatives to it for companies that wish to roll out their own cable networks.

The company is trying to negotiate an agreement with Telstra for duct space, but said its experience demonstrated that Telstra "imposes access charges that are astoundingly high and quite clearly not based on the costs that Telstra incurs to provide the services".

It is urging the ACCC to intervene and force duct space charges down to a costs-only level.