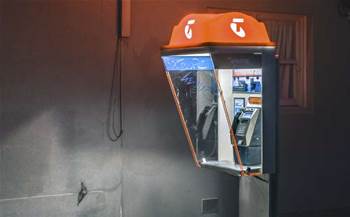 A senior Telstra executive has revealed new details about the telco’s investment plans for its fibre optic network in Asia, which include a new 6 tbps overland fibre optic link in Taiwan.

The revelations were made in a LinkedIn post by Telstra’s chief operating officer for global enterprise Darrin Webb. The post provides insight into how Telstra intends to develop the undersea fibre optic assets it acquired through its takeover of Pacnet.

Major projects currently underway include tighter integration between Pacnet and Telstra’s cable networks, the rollout of an overland cable in Taiwan, as well as upgrades to parts of its network in Indonesia.

According to Webb, the Telstra and Pacnet networks will be combined into a single network in China, while the three cable networks the telco owns that land in Korea will be linked.

“Asia is an important focus for us, not only because of strong growth in the region, but it is also because we now control more assets here as a result of our acquisition of Pacnet last year. We are investing in opportunities to integrate our network in China and other priority markets,” Webb told iTnews.

One of Telstra’s most important projects is the rollout of a 6 tbps fibre optic backhaul link that will run overland in Taiwan and offer redundancy for traffic between Japan, US, Hong Kong and Singapore.

“Our investment in an overland cable in Taiwan will deliver more than 6 tbps of capacity once it is operational, which will not only improve our offer in that market but will provide better resiliency for our entire network in the region,” Webb said.

The telco is also currently working on replacing and upgrading parts of its cable network in Indonesia.

“We can’t comment in detail on the Indonesian project as we are only one part of a consortium that owns the system. But we can say we see Indonesia as an important market for Telstra, both for the opportunities of a growing economy with a large population and for its geographic location,” Webb said.

He declined to comment directly on how much Telstra was investing in the network upgrades.

“Each year we invest tens of millions of dollars in maintaining and upgrading our global network to meet the needs of our customers and support the growth in data consumption among consumers and businesses,” Webb said.

Telstra's 2014 acquisition of the Pacnet network has allowed it to extend its global software-defined networking platform.

The telco is currently rolling out two new SDN products across the 26 points of presence in its so-called PEN network across the Asia Pacific region, Europe and North America.

Telstra’s head of international products and pricing Jim Clarke described the project as a major step in the carrier’s SDN strategy.

“PEN Exchange allows enterprises to identify and connect their network circuits on-demand with other PEN customers, while the PEN Marketplace portal allows organisations to order virtual network functions (such as firewalls and routers) on-demand from a range of vendors," he said.

“The launch of our new PEN Exchange is the natural next step in our SDN strategy and means we now have the unique capability to dynamically connect network circuits between PEN Exchange customers, linking different people and business sites easily and cost effectively."

The cable operator owned 46,500km of undersea cable running across Asia and under the Pacific to the US, as well as a stake in a joint venture that offers data centre services in most major Chinese provinces.