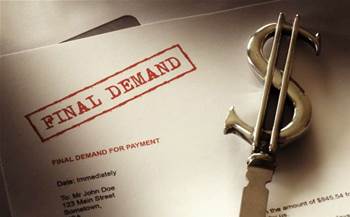 And a flat-fee punishment for every missed SLA.

Telstra wants to see “targeted” action against NBN Co’s service standards before the end of June, branding them “aspirational”, unenforceable and substandard.

In an explosive submission [pdf] to the ACCC’s NBN wholesale service standards inquiry, Telstra impressed on regulators a significant urgency to act, alleging its concerns had been ignored by NBN Co for a long time.

“At Telstra, we believe customers should not be any worse off as a result of migrating to the NBN and should continue to be provided with at least the level of service that they have come to expect,” the telco said.

“Today this standard is not being achieved.

“Some of the service standards offered by NBN Co to retail service providers (RSPs) fall short of that benchmark.

Telstra argued NBN Co and its contractors lacked incentives to provide the kind of service that RSPs and end users expected.

Because it had no confidence in NBN Co meeting its service standards, Telstra said it did not repeat them in its own retail contracts, for fear of being left to explain expensive mistakes outside of its control.

“Retail contracts do not currently reflect NBN service standards because the majority of service levels set out in WBA3 [the wholesale broadband agreement] are aspirational, non-binding targets only,” Telstra charged.

“Further, the absence of incentive on NBN Co to meet its service levels means that RSPs cannot with confidence reflect these to their customers.”

Telstra said it had expressed concerns over an extended period to NBN Co that it was too difficult to be compensated for service failures caused by the government network builder.

“These concerns are long-standing, yet NBN Co does not appear to be willing to implement step changes in the WBA,” Telstra said.

“Telstra considers that it is for NBN Co to explain why it is reluctant to make such step changes.

“Pressure from RSPs and public perception can act as an incentive on NBN Co, but ... these intangible incentives need to be bolstered by meaningful, contractual incentives.”

It said it wanted to see NBN Co hit with a “simple, flat rate daily payment for each service level agreement (SLA) miss”.

“Our strong preference would be for NBN Co to implement a simple commercial rebate structure for instances when it misses its service levels,” it said.

“An example of such a rebate structure could be a rate of $25 per day for the first five business days of a service level miss, rising to $50 per day thereafter.

“Such a structure has the benefit of including a time element, which would incentivise NBN Co to address aged orders and trouble tickets.

“It would also apply to all service level misses.”

It argues it has appropriate incentives to meet or exceed those marks, since failing to do so would negatively impact its revenues and future profitability.