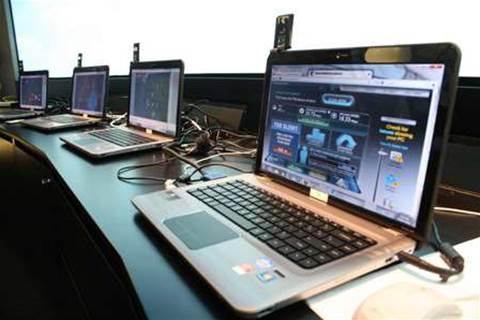 Confirms it took 'too long' to revamp enterprise core.

Telstra is set to automate as much of the provisioning of business services as possible, revealing a new suite called ‘connected workplace’ that can be consumed on a cloud-like basis.

As part of a major reorganisation of Telstra announced today, the telco said it was making long overdue changes to the way it serves its enterprise business.

These changes include a completely new IT stack on which services are based, as well as a new construct that is designed to let business customers self-service as much as possible.

The new construct will first be made available to midmarket customers before being expanded to larger enterprises, Telstra enterprise group executive Brendon Riley said.

“It will have general availability before Christmas this year.

“It is the ability to provide fixed voice, unified communications and messaging with add-ons for mobile and applications on a per seat pricing basis for our midmarket customers.

“It will be all digital. It will be ordered in minutes, provisioned in minutes to hours, and everything will be billed electronically with the ability for the customer to flex up and down in volume in real time.

“It’s something we will be able to extend beyond the midmarket and into our larger customer base over time.”

Riley said that the telco had really focused most of its attention previously on larger enterprise users at the expense of the midmarket.

“The midmarket customers have really been asking us to come out with some new breakthrough offerings for them,” he said.

The change in how Telstra serves the enterprise market is made possible in part due to a new technology stack it has stood up over the past year.

“It’s been a long time since we invested in the core technology of the enterprise business - too long,” Riley said.

"I wont go into why that is, but that’s the history."

Parts of the new technology stack have leaked out over time, such as the company’s deployments of ServiceNow and Salesforce.

However, the telco has also brought in platforms from the likes of Sigma, Eloqua, CloudSense, Amdocs and Aria to run the entire backend process from automated lead generation to billing.

It is this hands-off approach to customer servicing that is likely to account for at least some of the 9500 jobs Telstra is set to cut over the next three years - it announced an 8000 job net reduction, while hiring an extra 1500 people.

Riley said that Telstra has a “plan in place to exit 50 percent of our plans and products over the next three years, including 20 percent in FY19” - within the enterprise unit.

Similar simplification efforts are set to occur across the business, in line with an overarching aim to make its business faster, more modular and to embed greater levels of “reuse”.

Some of that speed of bringing new products to market is coming out of Dojo, Telstra’s nimble development framework which iTnews revealed earlier this year.

“We’ve shrunk our product release cycle from years to months, and our forecast is over the next three years this new stack will reduce calls from our customers into Telstra by 65 percent,” Riley said.

“While that is a cost opportunity the most important thing about that is our customers don’t have to call us as frequently as they do today.”

Riley said the company continued to see solid enterprise growth opportunities in its burgeoning cyber security area, as well as on its programmable network (PEN) and in the internet of things space.

Telstra CFO Warwick Bray said that Telstra generally has tried to simplify its IT stack across the telco, not just for the benefit of the enterprise unit.

"We've consolidated the number of vendors providing IT integration and testing from three to two, enabling us to reduce costs," Bray said.

"We've also further improved out matching of software licences with internal demand, and we have centralised our data warehouse teams enabling us to reduce duplication and reduce capital costs."