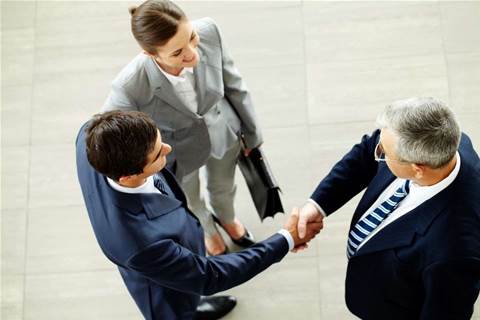 Telstra has made an undisclosed investment into US-based authentication and mobile security firm TeleSign, in an effort to offer additional data and mobile identity security services to customers across the Asia-Pacific.

TeleSign was founded in 2005 and boasts 200 employees and 500 global clients, including the likes of Evernote and oDesk to which it provides two-factor authentication services.

Telstra declined to comment on the value of its investment into the company, and was unable to provide a date as to when its services would become available to Telstra customers.

A spokesperson said after having signed off on the investment the pair were now discussing how best to bring a range of TeleSign's solutions to local users.

TeleSign recently raised US$40 million in a financing round which its CEO Steve Jillings said would be used to invest "aggressively" in global growth as well as a hiring spree for its product development and engineering teams.

The company has doubled revenue in recent years - from US$25 million in 2012 to US$50 million in 2013 - and is working towards going public before the end of next year.

TeleSign's flagship product is 'mobile identity'; a platform which associates a valid mobile phone number with a user's online account to verify the user. It uses two-factor authentication to deliver a one-off code to the associated mobile number for entry into the account alongside the username and password.

TeleSign's expansion into Asia-Pacific is the latest step in its global growth efforts. In 2013, it significantly boosted its prescence in Europe after acquiring UK-based SMS service company Routo.

TeleSign offers a number of security tools as part of its authentication suite on a subscription or transaction-based model -  including PhoneID;  which provides data on mobile phone numbers, including carrier, model number and plan status and AuthID; which secures logins and online transactions through the use of soft tokens and push notifications.