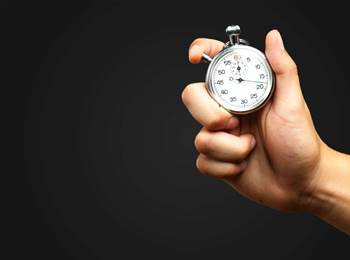 Hearing date not yet decided.

Telstra has been prevented from terminating mobile services to partner ispONE until the pair go to trial over unpaid bills, with a judge today awarding the full injunction ispONE had pushed for.

ispONE brought legal action against Telstra this week after the telco threatened to cancel its prepaid mobile services to the wholesaler due to claimed unpaid bills worth $12 million.

Telstra and ispONE were locked in mediation for most of yesterday while a Victorian Federal Court judge decided whether to extend a limited injunction ensuring continuity of service from Telstra into a full one until the first hearing of the unpaid bills trial.

The limited injunction had been granted from Monday until 4pm Tuesday but was yesterday extended until late today. ispONE was forced to pay $300,000 to the court for the first injunction and a further $200,000 for the extension.

Justice Tony Pagone was initially expected to release his decision last night but reserved it to consider the case until 4:15pm today.

Today he granted a full injunction preventing Telstra terminating ispONE mobile services until the first hearing of the trial. The date of the hearing has not yet been decided but directions will be heard tomorrow morning.

ispONE counsel would not comment on whether it had been forced to hand over more money to the court for the full injunction.

During last night’s hearing Telstra claimed ispONE was insolvent and unable to pay its debts.

ispONE said it had only been forced into debt after Telstra refused to charge the wholesaler an agreed service price.

Its counsel claimed Telstra engaged in unconscionable conduct by agreeing to match call and data pricing offered by Optus as part of deals it was seeking to strike with ispONE clients Kogan Mobile and Aldi, and then later charging a higher rate.

ispONE last night said if an injunction was granted for three weeks, it would be able to pay back $4 million it owed to Telstra by the end of the month.

ispONE will also this week face court over a damages bill by its customer Kogan Mobile.

Kogan successfully took ispONE to court in a bid to stop the wholesaler suspending and blocking Kogan Mobile customers for 'overuse'.

As part of the ruling ispONE was ordered to pay Kogan Mobile’s court costs and any incurred losses, which will be heard and decided later this week.

Representatives from Kogan Mobile and other ispONE customers Aldi were also present for yesterday’s mediation efforts with Telstra.