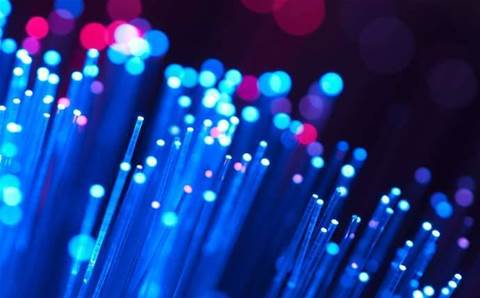 Australia's competition watchdog may be forced to rebalance prices for Bass Strait capacity by up to 100 percent to compensate for a change in the way regulated pricing on the route is calculated.

The price debate comes amidst a fresh commercial storm over Bass Strait transmission costs as Tasmanian internet users are forced to switch to Telstra fibre while a Basslink cable plying the same route is repaired.

The Australian Competition and Consumer Commission is currently conducting an inquiry into the prices set for domestic transmission capacity services on routes without sufficient competition - like Tasmania to the mainland - which will supercede its 2011 pricing determination.

It issued a draft pricing decision [pdf] in September last year, which would have seen prices on the Basslink and Telstra routes remain at 40 percent higher than deregulated mainland routes, as set in its prior price ruling.

But a new model would have substantially cut prices on mainland routes, with flow-on effects for Bass Strait routes that are priced at a 40 percent premium to the mainland.

"Using this substantially lower base as a basis for calculating the price for the Bass Strait transmission route means that a 40 per cent uplift is not likely to be sufficient to recover the additional costs in providing services over a submarine cable," the ACCC told stakeholders [pdf] on Friday.

"We accept that there are higher costs in providing regulated services over a submarine cable between Tasmania and the mainland.

"However, it is difficult to accurately estimate the actual costs incurred. Although we sought additional costing information from each of Telstra and Basslink, the costs could not be sufficiently disaggregated to develop a costs based model."

The ACCC will take submissions to the proposed change until March 21.

Telstra and Basslink argue that a 40 percent uplift on the new model would be too low to cover costs or ensure continued investment in the subsea cables.

"The pricing [being proposed]  for routes between the mainland and Tasmania ... is uneconomic," Basslink told the ACCC late last year [pdf].

"The cost of the providing the (subsea cable service outweighs the potential revenue Basslink would dervice if the [suggested] prices were to apply."

At the time, the ACCC said it had not been given any evidence to suggest 40 percent was insufficient.

Now, however, the competition watchdog is proposing to increase regulated wholesale prices on the routes by 140 percent to reflect the "additional costs associated with providing services over submarine cabling".

The net effect of the rise would either stabilise or improve subsea cable wholesale prices and address the discrepancy created from the lower terrestrial prices generated by the new pricing model, the ACCC said.

The new model arose after telcos raised concerns that the old approach - used in 2012 - was not reflective of market prices for short, distance, low capacity services. The watchdog therefore asked consultancy Economic Insights to generate a number of other potential models that could be used instead.

A third cable entrant has long been mooted on the Bass Strait route. The current frontrunner is SubPartners, with a planned spur off its APX-Central cable project, but no commitments have been made.