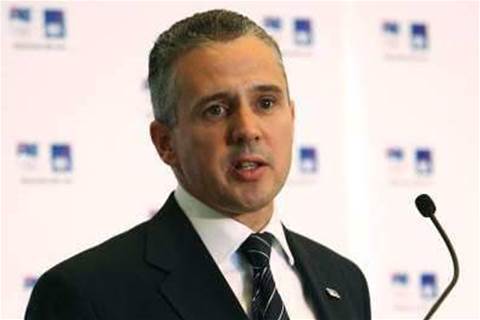 Streamlining migrations a major focus for 2016.

Telstra will this year throw more staff  at NBN migrations and seek to automate more of its transitioning activities to meet the challenges posed by the multi-technology mix network.

At the telco's annual investor presentation today, Telstra chief executive Andrew Penn said reducing the amount of manual intervention required to transition customers to the NBN would be one of Telstra’s main objectives in 2016.

Chief operations officer Kate McKenzie told investors there were a number of reasons why Telstra’s NBN activation processes required more manual intervention than the telco would like.

She said the MTM model had increased the complexity of transitioning services off copper compared to migrating from copper to FTTP, meaning Telstra has had to “throw more staff” onto NBN activations.

However, she said over time Telstra would learn from such NBN teething problems - which include migrating special services and encouraging stubborn users off copper - which will allow the telco to digitise and automate more of the NBN activations process.

This would in turn lead to substantial reductions in staff overheads, McKenzie said.

“This year, we are increasing automation of our NBN activation process, reducing the time to a working service, while reducing the customer and employee effort required to achieve a market leading NBN experience,” Bray said.

Around $500 to $550 million had been attained through reduced expenses, mostly due to the telco’s legacy platform and product rationalisation program, which included the closure of its dial-up services and 2G network platforms.

Telstra will continue this productivity focus into 2016 by adopting new technologies such as software-defined networking to simplify its IT environment, Bray said.

“Our increased use of cloud and modular API-enabled IT services are supporting shorter development cycle times and lowering complexity in our IT environment," he said.

“We continue to target rationalisation of our legacy network platforms and take advantage of cost reductions through the introduction of new technologies.

“For example, using software-defined networks will help us realise cost reductions from power savings and reductions in the required physical space in our exchanges.”

The telco will also work to boost efficiency on its core network by rolling out increased automated monitoring and analytics, Bray said.

“We are building capabilities in our network to detect and resolve problems proactively. This capability will remove avoidable events in our business by fixing issues before customers are impacted," he said.

Cost reductions could also be achieved by rationalising Telstra's supplier base.

“Within our enterprise business, our top 20 suppliers account for approximately 60 percent of our supplier spend. The rest of our spend is spread across a long tail of vendors," Bray said.

“We are focused on reducing the size of the tail in order to reduce costs and improve pricing outcomes with scale.”