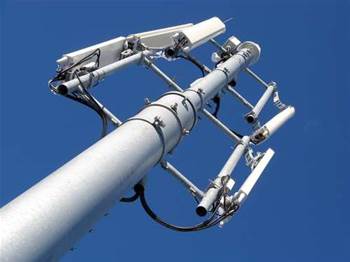 Telstra and Optus are set to build out 180 new base stations under the fourth round of the government’s mobile blackspots program.

Minister for regional services Senator Bridget McKenzie said that Telstra would build 131 base stations and Optus 49 in the round.

“The rollout is expected to commence shortly, with the first new base stations being activated by the second half of the year,” the government said.

Telstra said in a statement that of its 131 base stations funded under the scheme, 49 would be in NSW, 23 in Western Australia, 22 in Victoria, 19 in South Australia and 18 in Queensland.

In NSW, the performance is dominant, with Telstra landing 49 out of 54 base stations to be built there under round four.

Overall, Telstra nabbed 72 percent of work under the round.

Telstra said it would “build a mixture of new mobile base stations and small cells, contributing $23.3 million of the $55.6 million co-investment required for the new sites.”

“The Queensland, South Australian, Victorian and Western Australian State Governments are contributing a combined $14.3 million and the Commonwealth is contributing $18 million,” Telstra said of its builds.

Optus vice president of regulatory and government affairs Andrew Sheridan said in a statement that the carrier was "incredibly happy with the result of this round of Mobile Black Spot funding, which has seen Optus awarded a significant number of sites."

"We acknowledge the important contribution of the Federal and State Governments in funding this additional network infrastructure and coverage," he said.