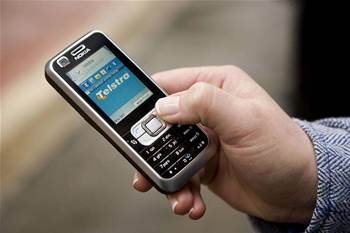 Telstra BigPond has reported a 50 per cent growth in advertising revenue this year, in contrast to traditional print and television outlets.

Telstra says its range of online and mobile sites has experienced high growth since the start of 2008, including strong growth in the September quarter.

“More experienced companies are coming to see that online and mobile advertising offers much greater return on advertising investment and more accountability, which is vital in trying ecomomic conditions,” said Milne.

“Our results so far this year indicate that online and mobile advertising is bucking the trend reported by traditional print and television sectors, which are watching their revenues shrink,” he said.

Milne said that advertisers were following consumers as they moved from traditional to online and mobile media.

This migration was also noted in March by a Nielson NetRatings report that said that for the first time, consumers are spending more time online than in front of the television: 13.7 hours to 13.3.

"Given Telstra's depth of video assets, particularly our exclusive sporting rights and entertainment properties, we are seeing an increase in revenues from video pre-roll advertising as advertisers start shifting dollars previously allocated to television to a more integrated, efficient and accountable media in the form of online video," Mr Milne said.