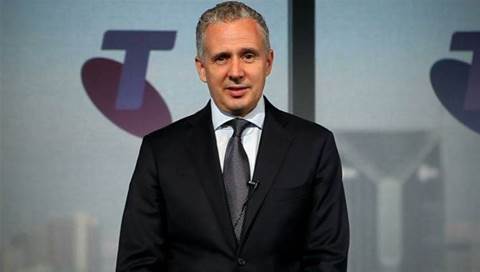 Telstra’s massive purge of staff and legacy applications and infrastructure has accelerated sharply, saying it will have 6000 of 9500 slated job cuts “announced” by the end of the financial year, six months earlier than outlined in previous guidance.

Australia’s biggest telco on Wednesday issued fresh guidance on restructuring costs related to its T22 simplification and downsizing strategy, bringing forward a whopping $700 million into the 2019 financial year in expenses and write-downs as part of the push.

The costs break down into $200 million for labour shedding – essentially redundancy and separation payouts – coupled with $500 million in write-offs for junked legacy systems and related hardware that have been replaced by more modern technology.

Telstra is yet to break out what systems have hit the scrap heap early, but persistent targets over the decades have been unwieldy billing, HR, products support and CRM systems that fail to spark joy and are usually ‘Kondoed’ into the cloud.

While the scale of Telstra’s job shedding is big by Australian corporate standards, anecdotal accounts suggest that many longer-term staff of the former government telco are rushing the exits early to secure comparatively generous payouts and big super top-ups while interest rates remain at record lows.

According to Telstra’s ASX statement on the accelerated job cuts and write-offs, the telco will now bring forward ‘consultation’ on job shedding to start from today “with employees and representative unions”.

It will not be lost on unions that Labor’s loss of the national election will potentially deprive them of some political air cover and clout in wrangling how the cuts are meted out.

Telstra CEO Andy Penn is also pushing the message that Telstra is trying to let go a very large number of people with as much respect, compassion and dignity as possible.

“We understand the significant impact on our people and the uncertainty created by these changes. We are doing everything we can to support our people through the change and this includes the up to $50 million we have committed to a Transition program that provides a range of services to help people move into a new role,” Penn said.

“We expect to have announced or completed approximately 75 percent of our direct workforce role reductions by the end of FY19.”

As expected, Penn partly linked the cuts to the National Broadband Network.

“We will continue to see role reductions as we replace our legacy systems, digitise and simplify how we work, and respond to things like declining NBN and call volumes, but if a final decision is made on the proposal announced today we expect the majority of our T22 restructure will be behind us.”

Telstra reaffirmed its other guidance to the market in the announcement.