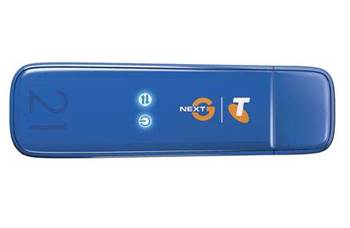 Telstra announced its intention to launch the upgraded 21Mbps back in February at the Mobile World Congress in Barcelona.

In a carefully worded press release, Telstra said the modem is said to be "up to four times faster than competitor mobile broadband devices in Australia with typical download speeds ranging from 550kbps to 8Mbps".

The telco said the retail launch "follows the successful roll out of the device to several thousand Telstra business customers last month".

Telstra said it will also this week be making available a new information service to help customers compare the various broadband technologies it offers.