Telcos still in the dark as Govt moves on data retention 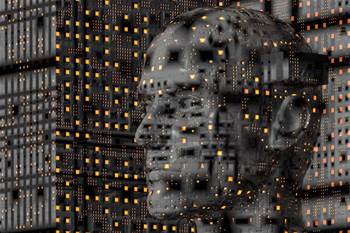 Updated: Bill due before the end of the year.

The Coalition Government will introduce legislation mandating data retention for telecommunications companies before the end of the year, but the telcos at the centre of the proposal say they are still in the dark about what they will be required to do.

Attorney-General George Brandis today confirmed a data retention bill would arrive in tranche three of the Coalition’s $630 million package of changes to national security legislation, the first set of which was introduced last month, before the end of the year.

The controversial proposal to force internet service providers to store non-content data, or metadata, for up to two years was not included in the first raft of legislation.

The Government's second tranche of legislation - which will be introduced in Parliament's spring sitting - will make it illegal to promote terrorism and make it easier for Australia law enforcement to prosecute Australians fighting overseas. The third will include mandatory data retention.

Brandis revealed the proposal had been signed off by the national security committee and approved "in principle" by the Cabinet.

The NSC - which is made up of senior cabinet members including Prime Minister Tony Abbott as well as Brandis - will reportedly wait until the senate committee investigating changes to the TIA Act releases its final report in August before approving a potential bill.

Brandis said a bill was now being developed and would be introduced into parliament later this year. When questioned on who would bear the cost of the storing the data, he said the Government wasstill currently discussing the issue with telcos.

ISP iiNet has previously put the cost of the scheme at $100 million in the first two years, which would need to be passed on to customers.

Telcos in the dark

But the telecommunications companies targeted by the proposal have criticised the Government for a lack of consultation on the issue and for failing to inform industry of what their responsibilities would be, even as legislation is immiment.

Several senior industry insiders told iTnews the Government had left telecommunications providers confused as to what specific data would need to be retained and for how long.

Brandis has previously stated the metadata involved would be “routine” details already collected by telecommunications companies, but according to internet service provider iiNet, three different definitions as to what that entails have surfaced over the past few years.

In a blog post late last month, iiNet chief regulatory officer Steve Dalby said the ISP was confused by whether the scheme would involve “limited, routine metadata that carriers normally collect for phone billing purposes”; a “middle ground that indicates metadata on all communications, but with the metadata processed to remove the content”; or a “documented specification from government that details every bit of metadata generated by phone or online communications”.

iiNet's Dalby today told iTnews the ISP had so far been forced to rely on a briefing paper provided in 2010 by the Attorney-General's department which "conflicts" with more recent media reports.

"Clarity would be welcome. If we can tear up the AGD briefing paper, we'd happily do that.," he said. "I look forward to more transparency and less confusion on this issue."

One industry insider told iTnews the only discussion telcos have had to date was that "there will be further discussion".

Another senior industry source said the Coalition had not yet been forthcoming with detail on the proposal, but telcos expected to receive more information from imminent discussions with the Government.

The insider said while the proposal was still at an embryonic stage, the Coalition "at least seemed prepared" to open up conversation “as opposed to the frustration we experienced several years back” with a lack of detail in the same scheme floated by the Labor Government.