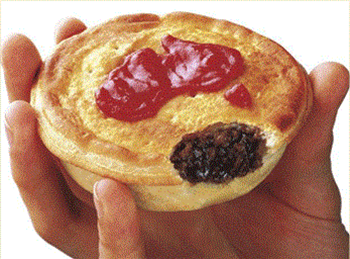 "The content providers are doing a better job at playing with this stuff," he said.

"We have to look at how we don't let [future growth opportunities] slip away.

"We have to find ways to make sure over-the-top isn't eating our lunch."

Orviss said that revenue opportunities existed for telcos in "wellness/medical" and machine-to-machine plays, although he noted that they would only act as a "small percentage replacement" for revenue lost by the continuing decline in voice services.

He urged telcos to think outside traditional definitions of telecommunications and communications in a bid to open themselves up to new revenue streams.

"If we think purely in telecommunications terms, it tends to go back to talk [voice]. We need to embrace a different model of how we do things."

Tony Kalcina, executive director of operational and business support system maker Clarity, said that telcos needed to look no further than their market value compared to over-the-top players for a reason to reinvent.

"The valuation of telcos is going down while over-the-top players are going up, and those players are crossing over [into the telco space]," Kalcina said.

"There are cracks appearing in profitability around the industry. The evidence is clear that something has to happen."

Kalcina said that defining what telcos could do reinvent themselves was the primary issue facing the industry.

"How you do it is a secondary question to what you do," he told iTnews.

"It has to focus on the customer and how can I provide value," he said. "It's marketing 101 one-to-one, not one-to-many."

He proposed that telcos employ customer experience engineers, noting, "there's lot of them at Google and Apple".

And he suggested that telcos put together "tiger teams" of up to a dozen people that could "surround a random customer and create value for that customer".

"Let not the shackles of the past hold you back," he said.

"There's no reason [you] can't create [a] tiger team. You're going through a major transition. Re-inventing yourself is the key."

The TM Forum in Sydney was part education, part recruitment drive, given frequent references to the collaborative work being undertaken by members to devise strategies for reinvention.