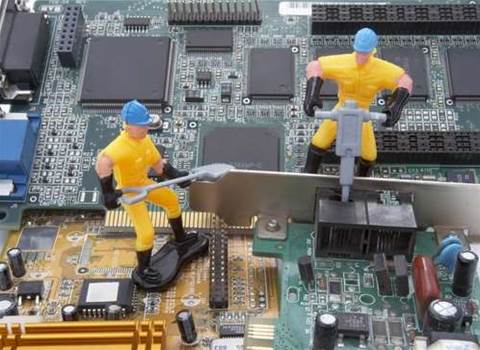 The Telecommunications Industry Ombudsman (TIO) was forced to mediate almost twice the number of disputes over damage to a telco's cables or assets in the past year.

The number of cases the TIO categorised as "damage caused by complainant to a supplier's cable or telecommunications facility" rose from 176 in 2008-9 to 324 in 2009-10.

It represented an 84 percent rise in the incidence of those issues year-on-year, and continued growth during the past four years, according to the TIO's latest annual report.

The report did not explain why the incidence of damage had increased; however, disputes were understood to stem from alleged failures to check the locations of cables before digging, allegedly incorrect advice on the location and position of cables, and from damages bills served by telcos.

A TIO spokesman declined to comment on the reasons, saying the ombudsman's role wasn't to pass judgment but to "examine the circumstances and offer a right of appeal".

"We offer an alternative dispute resolution mechanism so a mediated outcome can be reached," the spokesman told iTnews. "We try to find an agreement between the two parties in that situation".

Dial Before You Dig chief Carlos Campino told iTnews that he could not comment on whether the incidence of damage to telco cables had increased in the past year.

While it was possible that increased construction activity funded by governments to ward off the global financial crisis could have caused a jump in the number of cases of damage being reported, Campino cautioned that Dial Before You Dig did not collect these types of statistics, although it was in the process of developing a tool that could.

Rather, Campino said that Dial Before You Dig's statistics showed the ratio of inquiries to incidents had improved in the couple of years.

"We're getting good at preventing damage from occurring," he said.

Dial Before You Dig said on its website that the likelihood of coming across underground assets whilst excavating was "increasing".

It claimed to have seen a "wide variety of accidents and disruptions from excavators unwittingly digging up underground assets."

"If you negligently damage underground pipes or cables you may be faced with criminal prosecution and significant damages claims," it said.

"Commercial damages from businesses unable to function have been known to run into millions of dollars."

The TIO report also saw a slight increase in complaints over the "failure to give notice before accessing land for the installation and/or maintenance of a low-impact telecommunications facility."

However, there were improvements in other complaint areas related to land access.

Significantly, the number of complaints filed about "damage by a provider to a property during the installation of a cable or a low-impact telecommunications facility" fell from 572 to 439 in the past financial year.