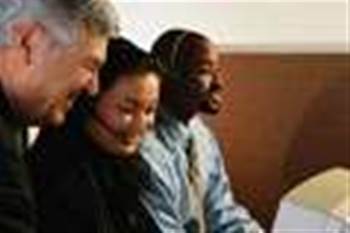 SYDNEY - Niche tablet PC distributor Tegatech Australia has more than tripled its reseller base during 2006-2007.

Niche tablet PC distributor Tegatech Australia has had a record month for May, more then tripling its reseller base during 2006-2007.

“This is ecstatic news for Tegatech Australia. However the most exciting news for us is that we have grown our reseller number from around 60 to 211 in a year,” said Ortega.

Ortega said UMPC and Tablet PC products are becoming mainstream, however these products have always been popular in vertical markets.

“PDAs are too small and laptops are too big. UMPCs hit the sweet spots especially with vertical specialists,” he said.

According to Ortega, business is doing so well there have been two outside companies making enquiries about buying Tegatech.

Although Ortega is coy about who these companies are he told CRN he was considering the offers.

“I love it [Tegatech] to bits, but for the right offer I’m happy to see it go. The right company could make the company explode. We are currently working with very tight infrastructure, however the right buyer could make the business grow very large,” he said.

With news of the business doing well, Ortega has also announced price drops for popular models like the OQO model 02.

“We have been able to negotiate better volume discount and we are passing the saving to resellers. Resellers can get details of these savings at our website www.tegatech.com.au,” said Ortega.

However the distributor has had a minor hitch with one of its products. It has had to pull the TabletKiosk TufTab from the market. According to Ortega the products has had a “failure rate of 12 percent” and it was better to “hold back on the product”.
Got a news tip for our journalists? Share it with us anonymously here.