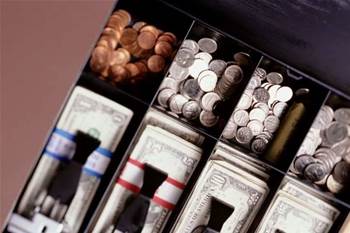 Enterprise software distributor Synergistex has put out the call for resellers of its Voltage encryption software.

Voltage was a unique product because it used identity-based encryption (IBE) rather than public keys, said Darren Byrnes, director of business development for Synergistex.

In some ways, the technology behind Voltage could be considered the successor to PKI. Adi Shamir, inventor of PKI, initially proposed the concept of IBE that laid the groundwork for elliptic curve cryptography being used as the foundation behind Voltage.

Instead of relying on specifically generated public keys, Voltage could make a public key out of any string, such as an email address, said Byrnes.

This meant that Voltage didn't require storage of certificates and public keys, nor the synching of databases between data centres.

Voltage boasted one third the Total Cost of Ownership and a fifth the operating cost of PKI, Byrnes claimed.

Synergistex has targeted enterprise customers with its initial sales, which have ranged from $100,000 to several million dollars per sale.

Byrnes said Synergistex was normally working on five opportunities at any one time, but was now working on 25.

"We are getting so much traction with Voltage," said Byrnes. "It's so fast to implement and so cost effective."

Synergistex has signed customers in retail and government, and has hopes of signing contracts with transport and finance customers.

Synergistex was looking for resellers specialising in privacy, security and PCI compliance, and was doing "a lot of work" with quality security assessors (QSAs).

Byrnes, who has worked in strategic consultancy for Fujitsu, Citrix and Compaq, had sold the software directly to the first enterprise customers in Australia. However, he now wanted to move Synergistex back from integration and solely into distribution into the SME market.

"We are starting that transition to a channel model," he said. Byrnes said the distie would offer its services to resellers for deployment.

Synergistex has brought out the software as part of a three-product PCI solution. The solution uses Voltage for encryption, Configuresoft to monitor server performance and Netcordia for network performance.

PCI was a big driver of interest in sales leads for the three programs, said Byrnes. The PCI Council had recommended technologies such as end-to-end encryption and tokenisation, both features covered by the Voltage platform.

Voltage has the largest secure email implementation in the world outside of the US Department of Defence but has few customers in Australia, said Byrnes.

The vendor is the largest OEM of secure messaging - Microsoft uses the technology to guarantee the security of its hosted email Exchange system.