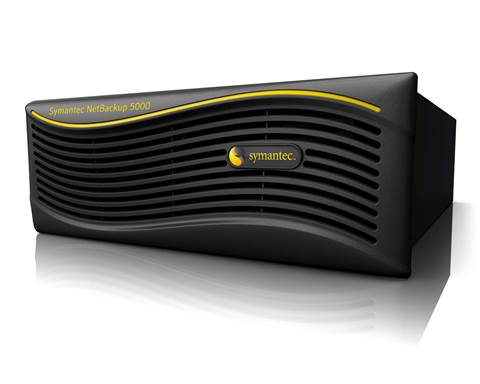 Aims to take on Data Domain.

Security and storage vendor Symantec has announced the release of a second backup and deduplication appliance from its partnership with chinese vendor Huawei, gunning for the market pioneered by EMC’s Data Domain.

Together the two companies are releasing storage devices pre-configured and pre-loaded for ease of backup.

The new Symantec NetBackUp 5200 comes pre-loaded with 32TB of usable storage capacity - double that of the duo’s first attempt, the 16TB NetBackUp 5000. Several of the 5200s can be lashed together to form a single storage unit of 192TB if required, the vendor said.

Customers buy the appliance at a base price and pay more in licensing per quarter for every terabyte of storage used.

Symantec’s Australian vice president Craig Scroggie said the vendor’s appliance play sits neatly between those large organisations that want to integrate their own hardware and software via traditional backup storage licensing, and those wishing to wash their hands of the hassle and backup to the cloud.

“There is an increasing percentage of the user community that doesn’t want to do the integration work – they want to drive down the cost of managing IT,” Scroggie said.

“And some want to simply manage devices remotely - the mining companies, for example, can deploy appliances in remote data centres that don’t have full-time staff. These appliances make it simple to deploy to a third party or managed service facility.”

The appliance strategy also recognises the popularity of data de-duplication as a means of conserving disk space.

“It is much simpler when you are buying an appliance that does de-dupe as part of the backup,” Scroggie said.