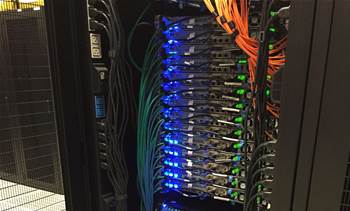 The University of Sydney will triple the power of its Artemis supercomputer and use it to underpin a new university-wide informatics capability.

Expansion works have started and are expected to be completed in early October.

“The university realised that we need to position ourselves to be at the forefront of this field. If we don’t invest then we’re going to be left behind."

“And if we’re going to do that we also need to up our local infrastructure, which is the Artemis expansion."

There are pockets of informatics emerging in domains across the university, and for researchers, academics and students, according to Lewis.

He is currently working on finding these pockets and inviting them into the hub.

“The entire goal is we don’t want informatics to grow piecemeal around the university where the wheel is reinvented a thousand times in every individual department,” he said.

“We want to make the transition from everybody just doing stuff on their desktop computer to working in HPC environments.

“But to do that we’ve got to have local expertise and local people that researchers and students can interact with. We can drive forward these projects just by having the local support.”

Artemis has been live for a bit over a year and is already hitting 90 percent-plus capacity regularly, according to Lewis.

“The load fluctuates about a bit but we’re getting up there,” he said.

“The key thing that we want to do is not only provide capacity for the people already on board but also for the people we envisage to be coming on board.

“There has to be a little bit of crystal-ball gazing to get the capacity right.”

"It is exciting to be quickly delivering to this ambitious plan,” Hammond said.

“We’re keenly awaiting to see how our researchers and students are going to take advantage of new resources, especially the cutting-edge large memory nodes.”