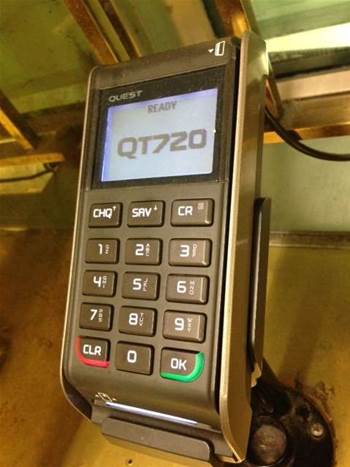 NSW Transport has been suffering intermittent eftpos outages across its train networks since Tuesday, affecting customers during the morning commuter rush.

Some stations advised passengers eftpos was not available, but NSW Transport told iTnews transactions could still be processed.

“While a small number of ticket office machines cannot process eftpos transactions, they continue to operate in ‘offline’ mode. This means customers can use eftpos, but they must sign for each transaction, rather than use a PIN,” a spokesperson said.

The issue affects a “small number” of stations across the Sydney Trains and NSW TrainLink networks, the department said.

NSW Transport said it was working to get the systems back to full capacity. It declined to provide the cause of the outages.

The company offers hardware and software as well as managed transaction processing and server hosting services to industries including retail, petroleum, hospitality, ticketing, and delivery and service industries.

NSW Transport declined to comment on its arrangement with Quest.

It is understood banking giant Westpac provides the payment gateway for the eftpos service at Sydney train stations.

A bank spokesperson told iTnews there were currently no issues with its POS systems. It confirmed the provision of the Quest hardware was not part of its contract.

Quest had not responded to a request for comment at the time of publishing.