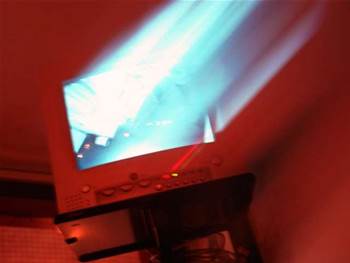 The ultimate silver surfer has never owned a computer.

A Swedish grandmother has become the fastest surfer on the web with a 40Gbps broadband connection delivered straight to her home.

Sigbritt Löthberg, 75, had never owned a computer until recently, despite being the mother of Swedish internet guru Peter Löthberg.

Her son set up the line with the local council's Karlstad Stadsnät network infrastructure arm.

"As a network owner we are trying to persuade internet operators to invest in faster connections. And Peter Löthberg wanted to show how you can build a low price, high capacity line over long distances."

Jonsson explained that the most difficult part of the operation was installing Windows on Sigbritt Löthberg's new PC.

The connection was made possible using a modulation technique that allows signals to be sent 2,000 kilometres without transponders over fibre.

"I wanted to show that there are other methods than the old fashioned ways such as copper wires and radio, which lack the possibilities of fibre," said Peter Löthberg, who now works at Cisco Systems.
Got a news tip for our journalists? Share it with us anonymously here.
Copyright ©v3.co.uk
Tags:
40gbpsbroadbandgetsgrannylineoddwareswedish