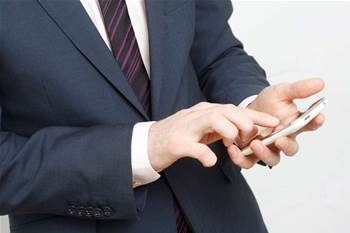 Apple users the most loyal, Microsoft users the least.

The booming smartphone market shows no sign of slowing but manufacturers will have to fight hard to keep their customers as smartphone owners show little loyalty to their current brands, a GfK survey shows.

The survey  found that 56 percent of smartphone owners in key global markets were keeping their options open about which phone they would buy next, with only Apple commanding a significant degree of loyalty.

With features such as Wi-Fi, GPS and high-resolution cameras now commonplace, owners of Internet-enabled phones are increasingly concerned with the ease of accessing attractive services to enhance their devices, often through app stores.

"Loyalty with a handset is a lot more complicated these days in that people buy into experiences at the high-end level," Ryan Garner, the lead analyst on the survey, told Reuters.

"If a phone doesn't do what it says it will do or what the owner hopes it will do, the maker will lose loyalty."

The survey found that just 25 percent of smartphone owners planned to stay loyal to the operating system running their phone, with loyalty highest among Apple users at 59 percent, and lowest for Microsoft's phone software, at 21 percent.

Nokia, the world's biggest maker of cellphones, is revamping its software strategy under new Chief Executive Stephen Elop, and is due to release two new platforms next year.

GfK conducted the survey of 2,653 mobile phone users in Brazil, Germany, Spain, Britain, the United States and China online during October and November.

The German market-research company also found that 37 percent of cellphone owners in all those markets (excluding China) planned to upgrade to a smartphone on their next purchase.

Sales of smartphones nearly doubled in the third quarter and are expected to be up more than 50 percent for 2010, according to IT research firm Gartner, outpacing growth seen at closer to 30 percent for the cellphone market as a whole.

Smartphones command far higher margins than regular mobile phones, although that profitability is being eroded by new competition from vendors who have been able to enter the market thanks to Google's open-source Android software.