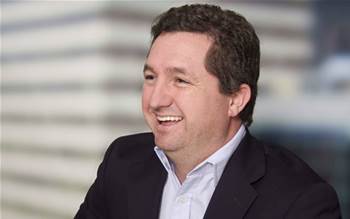 A new survey shows most in-house legal counsels in Australia believe they lack the necessary systems and processes for an expected rise in regulatory intervention.

The survey of 209 in-house legal counsels, undertaken by Deloitte, asked whether the lawyers for Australia's largest organisations expected an increase in regulatory activity over the next 12 months.

Some 72 per cent of respondents expected more regulatory activity.

"Organisations need to move to a discovery compliant and responsive state to meet this regulatory environment," he said.

Adamo said the Deloitte survey was sent out to the top 200-300 firms in Australia.

Some two-thirds of respondents (62 per cent) said they were not confident they could produce the necessary documents if an eDiscovery request was made of them.

Adamo said being ready for this wave of regulatory enquiry is as much about improving processes as buying new IT systems.

Organisations need to consider whether published policies on document retention are available, for example, or whether back-ups are being tested.

"You need to identify where data is stored, who is allowed access to what system," he said.

"People have built and managed IT systems over the years without legal and regulatory considerations in mind. But things have moved on."

Without the right systems and processes, the organisation "may not be able to respond to allegations made against it."

The need to be responsive to regulatory inquiry may lead some organisations to abandon older proprietary tape systems and move to disk-to-disk back up, Adamo said.

"Tape back-up is an outdated medium, and it also tends to run using proprietary software," he said.

"That means you take data from its native format, encrypt and compress it, and store it in a proprietary format. To get it back, you have to re-build the catalogue and restore the data. It might be difficult to respond quickly and efficiently."

"If data needs to be accessed in the short term, it might be more appropriate to have it on the hard drive medium."