Superloop to bring in ex-NBN Co exec as CEO 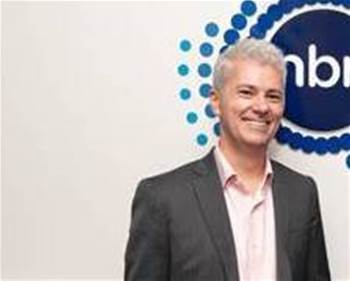 Paul Tyler to join from October.

Tyler is the highest-profile casualty so far in NBN Co’s recent decision to cut 800 staff by the end of the year. He has also previously held executive roles at Telstra and Nokia.

Superloop’s non-executive chairman, Bevan Slattery saw Tyler as “uniquely positioned to understand the challenges and opportunities that the National Broadband Network offers enterprises and service providers looking to leverage this once in a lifetime opportunity to transition away from traditional networks.”

Tyler will replace current CEO Drew Kelton, who will “commence an orderly handover process with Mr Tyler on 1 September, with the CEO change taking effect from 1 October 2020.”

Kelton will stay on as an executive director until March 2021, “to focus on Superloop’s international business, and then transition to a non-executive director role thereafter,” the company said in a financial filing. [pdf]

Tyler said in a statement that “the business market is experiencing a once in a generation disruption that Superloop is uniquely positioned to take advantage of.”

“For the first time, the internet has enabled all businesses from the smallest to the largest to access the productivity improvements that enterprise grade applications enable,” he said.

“Superloop is set to be a strong catalyst of this change.”

Superloop is one of a number of strong challengers in the business internet space.

Others, such as Aussie Broadband, have also been beefing up their business systems and capabilities in recent months as they chase more business that is opening up due to NBN Co’s emergence as an enterprise and business connectivity player.

Superloop said Tyler would be on a fixed salary of $750,000 a year including superannuation, plus short-term (cash) and long-term (shares) incentives.