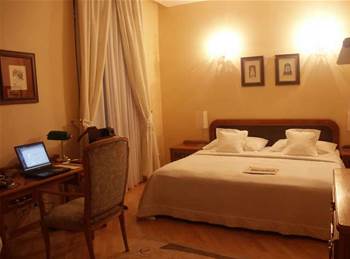 Third wireless acquisition in a year.

Bevan Slattery’s Superloop has snapped up its third commercial wi-fi operator in a little more than a year, this time acquiring hotel wi-fi provider GX2 for up to $12 million in cash and shares.

GX2’s customers are a who’s who of hotel chain operators, including Sheraton, Starwood, Outrigger, Accor Hotels, Holiday Inn and the Ayers Rock Resort.

It services 50,000 guests at around 350 properties worldwide.

Superloop said it had offered an initial $6 million cash and $4 million of Superloop shares for GX2, with a further $2 million of deferred cash consideration on the table.

It began that journey when it bought out BigAir for up to $95 million in September 2016 and followed up a year later with the $10 million purchase of NuSkope.

Wireless is emerging as a key market in which private operators are able to build out and extend commercial networks on a relatively unconstrained basis.

The government does not consider wireless or mobile to compete with the NBN, thus operators in the space are not subject to some of the same regulations constraining competition in all parts of the fixed-line space.

That has allowed an influx of new operators, as well as existing players, to scale out to meet niche demands for fast bandwidth.

Superloop’s strategy appears to be working; the company said its BigAir subsidiary had recently signed on three “emerging student accommodation providers”, which would mean connections to 8100 students.