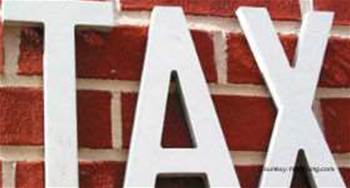 Asks for USO to be redirected to NBN Co instead.

Superloop has put its weight behind industry-wide condemnation of the planned broadband tax, despite none of its businesses – at least initially - being likely to have to pay it.

The ASX-listed connectivity provider, which also owns BigAir and SubPartners among other businesses, said it would “prefer” the new tax not be introduced at all.

Though its operations could likely fit into planned exemptions, the company may be concerned about the tax base widening in future – a real possibility owing to a statutory requirement to review the types of services taxed within the first five years.

As the problem of funding regional and rural broadband still exists if the tax is dumped, Superloop proposed an alternative: that the current universal service obligation (USO) funding given to Telstra)be redirected to NBN Co instead.

“It is Superloop's position that the [tax] would be better funded from USO revenue, rather than Telstra being the primary recipient of USO revenue as the NBN roll out progresses.

“Such a suggestion echoes the recent report by the Productivity Commission recommended ceasing the USO arrangement between the government and Telstra, in favour of using the NBN to provide universal telecommunications services, regardless of location.”

Superloop isn’t the only one looking to the USO for inspiration. While also preferring the tax be scrapped, TPG raised the prospect of a USO-style levy to pay NBN Co’s future satellite and fixed wireless costs.

However, others such as Vodafone are wary of the idea, particularly as no decision has been taken by the government on what to do with the existing USO (although Superloop’s repurposing proposal goes some way to addressing that).

The broadband tax proposal is deeply unpopular among industry, particularly as laws currently before the senate contain a level of scope creep that has made telcos uncomfortable.

One of the key sticking points is the sudden idea to tax high-speed enterprise connections, even those that pre-date the NBN and for which NBN Co seemingly has no competing product.

Optus branded the corporate tax “opportunistic”, and it seems Superloop also has some concerns with the way the broadband tax is now being pitched. Telstra has also withdrawn its support.

“Superloop believes that the definition of a ‘chargeable service’ on which the [tax] will be applied is too broad, being a fixed-line superfast broadband service to a premises (excluding voice-only services),” Dejun said.

“[We] suggest that it be restricted to applying only to fixed-line services used in the supply of services comparable to those supplied using the NBN.

"Superloop also suggests that the levy should not apply to a carrier's existing customer base but instead only apply to services that commence after the introduction of the [tax].”

Aside from the government, the only other party supporting the tax in its current form is NBN Co.