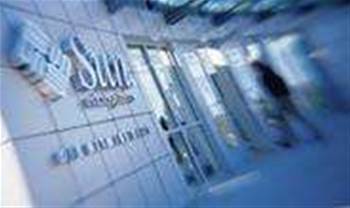 February is the cruelest month, at least for ex-Sun Microsystems chief executive Jonathan Schwartz, after he signed off from his role at the company with a haiku on Twitter.

The former head honcho must have been in a wistful mood to choose such a unique, and somewhat melancholic, way to leave his role.

Who knows, perhaps it could set off a wave of poetic scribbling in the rest of the IT sector. We've come up with a few of our own.

On Google threat to leave China:

We said don't be evil / China does not agree with us though / so we'll be off then.

However, while we were impressed with Schwartz's haiku effort, something in the style of Private Eye's in-house poet might have been more fitting.

So, farewell then, Jonathan Schwartz, Former CEO of Sun.

You tweeted,
Your goodbye in a haiku,
On twitter,
How clever.

But now I fear
The sun has set
On your career,
At least for now.

In dedication to EJ Thribb 17Mb and a ½.

Got a news tip for our journalists? Share it with us anonymously here.
theinquirer.net (c) 2010 Incisive Media
Tags:
goodbyehaikuoddwareschwartzsunstweets