Study: Penalties for those that compete with NBN Co 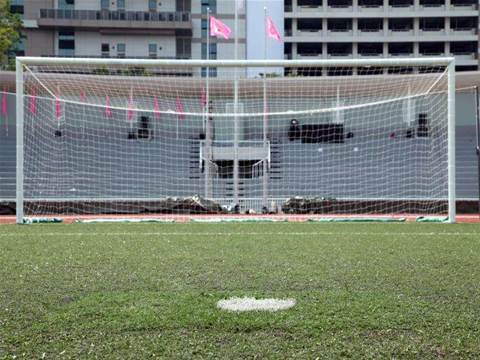 Overbuild at your peril.

Any network operator that attempts to compete with NBN Co by under-cutting its wholesale price could be forced to open up its network to competitors or be hit with a financial levy, under recommendations made today by the lead advisor to the NBN.

According to the NBN Implementation Study created by McKinsey & Co and KPMG, there are real fears that making NBN Co sell wholesale services at uniform prices could lead to it being undercut in well-populated areas.

"That raises the risk that carriers other than NBN Co might construct fixed-line superfast access networks (such as Fibre to the Node, DOCSIS 3.0 or competing FTTP networks) only in high-income and low-cost, high-density areas and then undercut NBN Co's average price due to the lack of any need to subsidise operations in higher-cost areas."

Such is the fear of the emergence of "cherry pickers" that the implementation study outlines - and recommends - several policy responses to counter the threat.

One such response is that cherry picker networks would be compelled by law to provide open and equivalent access wholesale conditions on the network.

This would ensure that "vertically-integrated network owners are not able to gain an unfair advantage at the retail level."

"Imposing open and equivalent access wholesale conditions in relation to these third-party networks is consistent with the Government's policy objective of achieving a level playing field at a retail level," the study said.

Cherry-picking could also be discouraged by imposing technical standards on new FTTP networks "to ensure they are compatible with NBN Co infrastructure and thus amenable to unbundling."

But if those policy responses were to fail, "the simplest disincentive against cherry-picking would be to impose a levy on cherry-pickers", according to the study's authors.

The "universal service levy" would be paid to the Government and be used to fund telecommunications subsidy programs in areas where it was less economic to build NBN infrastructure.

But the study authors set some stringent guidelines on exactly when the introduction of a levy would be acceptable.

"Given the undesirability and potential controversy of punishing or prohibiting the deployment of FTTP technology by third parties, a universal service levy should be regarded as a last resort measure to be employed only if a significant threat of cherry-picking actually emerges," the study said.

Likewise, it should only be an option where the Government of the time has firmly committed to the NBN initiative. And a "strict sunset clause" should be added so it lasts no longer than ten years.

The study's authors did not want the levy to become an obstacle that deterred third-party infrastructure investment in the future.

And they did not believe that the need for a levy would be high.

"In practice, as long as NBN Co operates efficiently and responsively, it is doubtful that third parties will build significant networks when forced to offer open and equivalent access to wholesale services, even in the absence of a levy," the study said.

"On balance, the Implementation Study does not anticipate that a universal service levy is likely to be required as an additional deterrent [to cherry picking], particularly pre-emptively."