Student in the doghouse after MySpace death threat 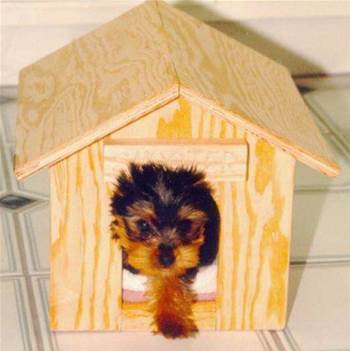 No dogs were harmed during this stunt.

A student at Virginia Commonwealth University (VCU) is being investigated after death threats against the pet dog of one of the university's professors were posted on MySpace.

The scandal appears to have been caused by an advertising class assignment that went awry.

VCU said in a statement that the postings followed an assignment to a Adcentre Creative Thinking class that instructed students to make the professor's dog, Oscar, famous.

However, the written instructions clearly stated that "you cannot harm my dog in any way. You cannot kill my dog. And your idea cannot hinge upon either."

But one student appears to have ignored the instructions as the death threats posted on MySpace were traced back to a school computer.

The ploy worked as animal activists around the globe called the university and local police to report the threat. The story has also made newspapers and websites worldwide.

A statement from the university said: "The Commonwealth's Attorney's Office told VCU that it does not intend to pursue criminal charges for the postings on MySpace.com.

"However, the student's actions appear to violate VCU's rules and procedures regarding the honour code and use of university computers."

Officials said that the case will be turned over to the university's judicial system, which could result in sanctions up to and including expulsion.

Got a news tip for our journalists? Share it with us anonymously here.
Copyright ©v3.co.uk
Tags:
afterdeathdoghouseinmyspaceoddwarestudentthethreat