Storm virus spreads around the world 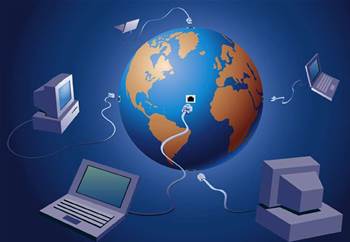 Emails claiming to contain news of the fierce storms causing havoc across Europe have spread viruses to hundreds of thousands of recipients, according to a security firm.

The Small.DAM virus attaches itself to messages with the subject line ‘230 dead as storm batters Europe' and attempts to entice recipients into clicking on a malicious attachment, which installs a trojan and infects the user's computer, experts at F-Secure have warned.

Variants of the trojan have been released over the past few days, but the new virus, named ‘Storm Worm', only launched today, experts claim. The attachment could be called Video.exe, Read More.exe or Full Story.exe.

"The new virus only started spreading a few hours ago," said Mikko Hypponen, chief research officer at F-Secure. "The spamming started when the storms were still raging. What makes this exceptional is the timely nature of the attack."

He said "hundreds of thousands" of computers have been affected around the world, but most in private use.

The distribution has been so widespread that the trojan has accounted for 67 percent of all malware detected by Sophos in the last 12 hours, and one in every 200 messages over the same period of time, the security firm said.

"Whoever is behind this spam campaign has generated an aggressive mass of email in over the last day," said Graham Cluley, senior technology consultant for Sophos.

"Users must be very careful not to click on the attached file inside the emails as that will install a trojan horse on their computer and put your PC in peril," he added.

In 2005, an email scam claiming to offer the latest news on Hurricane Katrina spread a virus, which allowed hackers to compromise the recipient's computer.
Got a news tip for our journalists? Share it with us anonymously here.