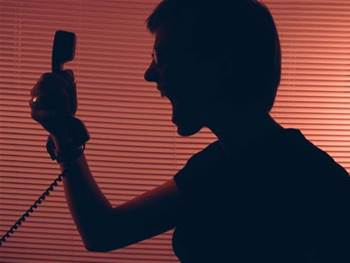 Apple chief executive Steve Jobs has written an open letter outlining his reasons for not allowing Flash on his firm's mobile devices, in the latest instalment of the fallout between Apple and Adobe.

The letter, entitled Thoughts on Flash, comes after Mike Chambers, principal product manager for Flash at Adobe, announced that the firm is to stop focusing on the iPhone and shift its attention to Google's Android platform.

Jobs has responded by dismissing Flash as "no longer necessary to watch video or consume any kind of web content", saying that his main reasons for refusing to let Flash on Apple devices are "technology issues".

His concern is that Flash forces developers to create apps in Flash, and that they therefore become dependent on Adobe for enhancements and new features.

"We know from painful experience that letting a third-party layer of software come between the platform and the developer ultimately results in sub-standard apps, and hinders the enhancement and progress of the platform," said Jobs.

"We cannot be at the mercy of a third party deciding if and when they will make our enhancements available to our developers."

Jobs also argued that Flash is a closed system as the products are available only from Adobe, claiming that Apple views systems such as HTML5, CSS and JavaScript as genuinely open and more suited for the creation of mobile apps.

"While Adobe's Flash products are widely available, this does not mean they are open, since they are controlled entirely by Adobe and available only from Adobe. By almost any definition, Flash is a closed system," he said.

"What [Adobe] doesn't say is that almost all video is available in H.264 and viewable on iPhones, iPods and iPads. YouTube, with an estimated 40 per cent of the web's video, shines in an app bundled on all Apple mobile devices," he wrote.

Jobs then attacked Flash over issues of security and performance, saying that Apple remains unconvinced that the software is configured to run efficiently on mobile devices.

"We have routinely asked Adobe to show us Flash performing well on a mobile device, any mobile device, for a few years now. We have never seen it. We also know first hand that Flash is the number one reason Macs crash," he said.

"We have been working with Adobe to fix these problems, but they have persisted for several years now. We don't want to reduce the reliability and security of our iPhones, iPods and iPads by adding Flash."

Jobs also said that Flash greatly reduces battery life because it decodes video within Adobe's software, and that battery life could be significantly enhanced by using H.264 technology to decode video.

"On an iPhone, for example, H.264 videos play for up to 10 hours, while videos decoded in software play for less than five hours before the battery is fully drained," he said.

Lastly, Jobs claimed that Flash does not best support Apple's touch technologies because it was developed for PCs using a mouse interface.

"Many Flash web sites rely on rollovers, pop-up menus or other elements when the mouse arrow hovers over a specific spot. Apple's revolutionary multi-touch interface doesn't use a mouse, and there is no concept of a rollover," he said.

"Even if iPhones, iPods and iPads ran Flash, it would not solve the problem that most Flash web sites need to be rewritten to support touch-based devices."

Got a news tip for our journalists? Share it with us anonymously here.
Copyright ©v3.co.uk
Tags:
adobeappleavailableflashmobilesoftwarevideo