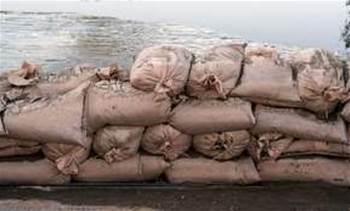 Quarter of a million visitors in one day.

Chief among them was the Queensland Flood Relief Appeal website, which has to date taken in the lion’s share of $84 million in fundraising thanks to technical glitches that hampered the State Government’s shared service call centres.

The web site – which launched in late 2010 to address flooding in the State’s north, was taking in 10,000 to 15,000 unique browsers per day until the night of a Channel 9 telethon on January 9, which took in 40,000 visitors. That figure remained steady at 38,000 visitors the following day, before news broke that the city of Brisbane would be the next town affected.

Queensland’s Department of Main Roads web site (the 13 19 40 service) also took in marked increases in traffic without missing a beat as Queenslanders searched for information on road closures.

Prior to Monday January 10, the site was taking in 126,000 hits per day (NB – not unique browsers, as with the flood relief appeal example). But as the floods hit the outer reaches of Brisbane, the site received a tenfold increase in traffic to 1.3 million hits, before a 50-fold increase on the daily average on Tuesday January 11 – peaking at 6.5 million hits.

This web site survived the onslaught of traffic as other Government services – such as the Brisbane City Council’s web site – failed successively as the waters closed around Queensland’s capital.

The DMR site wound up mirroring the flood maps that has failed to load on Brisbane City Council’s page.

Melbourne IT chief technology officer Glenn Gore told iTnews that DMR’s resiliency owed to a decision made many months earlier to host twin versions of the site in response to peaks in traffic caused by smaller scale, localised flooding in Brisbane.

“A decision was made to host two versions of site – one standard regular web site with dynamic content such as web camera feeds and a low-resolution, high-load site limited to static content,” Gore said.

It was this latter site that the people of Brisbane relied on for traffic updates and, in the absence of the council’s web site, flood maps.

“The DMR were very proactive,” Gore said. “It was a good design for a site providing critical information - more sites need to do this kind of design.”

Even sites backed by substantial scale of infrastructure can suffer at the hands of sudden spikes in traffic – or even just changing user behaviour, Gore said.

“The pattern of users going through the site can be the fundamental difference,” Gore said. “Usually, users might have gone to the front page, find out what page they need to [navigate to] and click through.

“You can cache frequently accessed pages, but that changes if there are parts of the site being accessed that are not set up to be cached or in performance profiles.”

The DMR web site was set to cache a small set of essential data to hundreds of thousands of people, Gore said, but “doing that on the fly” with a web site unprepared for such traffic “is very hard.”

Melbourne IT also revealed some of the peaks in traffic hitting Volunteering Queensland’s web site and the state’s Translink public transport sites.

Volunteering Queensland’s site peaked as the waters in Brisbane began to recede, growing from 10,000 hits to 96,000 on Thursday January 13 and 70,000 the following day.

The site has taken in 62,000 registrations from volunteers so far.

Translink, meanwhile has sustained a 20-30 percent increase in traffic over the last week.

Gore noted that it was essential for sites like Translink to stay up such that Brisbane’s residents would be able to source official information from the relevant authorities to counter misinformation in the twittersphere and other social networking sites.

Misinformation had spread, for example, about public transport services being cancelled as the waters approached Brisbane – when it was still running, albeit to the public holiday schedule.

“During these kind of events, it is crucial for people to follow through on information they have heard from official sources,” Gore said. “The input of Twitter and Facebook was fantastic, the problem was there was a lot of bad information - people start to believe the rumours if the official web sites go down."

It took concerted efforts by Queensland Police, for example, to set up a ‘mythbusting’ service on Twitter to counter some of this misinformation.