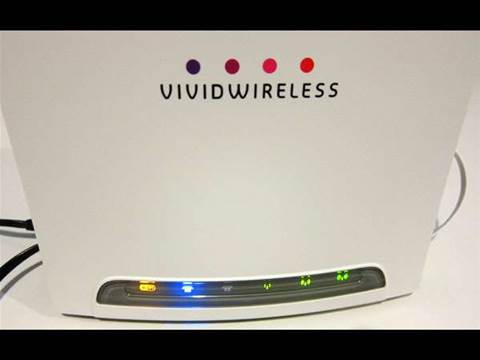 iTnews takes the Vividwireless service on a Sydney test drive.

Vividwireless has expanded its '4G' wireless broadband service to Sydney and Melbourne - and iTnews has the exclusive first Sydney speed test results.

Vividwireless has released maps that show that while Sydney has a much larger coverage area than Melbourne, both networks will launch with a far smaller footprint than Vividwireless' Perth network, launched some four months ago.

The signal footprint in Sydney for customers using the Vividwireless Home Gateway is loosely bounded by Rodd Point and Lewisham in the inner West, Mascot in the south, the Sydney Harbour Bridge to the North and Rose Bay to Matraville along the east coast.

Note that iTnews was the only customer on the VividWireless network in Sydney during the testing period. Long term speed and reliability will become more apparent over time as the network is adopted by retail customers.

Our tests were conducted with the Vividwireless HomeGateway, which offers two ethernet ports, two VOIP ports, WiFi (up to 5 connected devices) and a theoretical top speed of 21 Mbps.

Customers who opt for the cheaper, more portable USB modem can expect top speeds of up to 8 Mbps. The optional USB modem booster may assist in low signal areas.

A Vividwireless spokesperson told iTnews that the ISP's $75 unlimited broadband plan was financially viable in the long term, even if it attracted heavy torrent downloading customers to the network.

The Vividwireless acceptable use policy states: "If in our opinion you breach the AUP we may suspend or terminate your services ... [or] slow your access to the network.

Vividwireless' $75 unlimited broadband plan could be ideal for SOHO business people and workers who have the flexibility to work from home but don't have the option of fast ADSL2+ available.

The Vividwireless experience was better than expected - with no issues calling landlines or mobiles through a bundled $11 Engin VOIP account. There were no dropped VOIP calls, line noise or breaks in conversation.

All WiFi devices including a laptop, smartphone, TiVo and digital streaming radio worked fine with the Vividwireless gateway.

Internet access was uninterrupted and latency steady at 130-200ms except for one occasion when the signal disappeared at 1am, although the terms and conditions do make it clear that this is when any planned maintenance will be done to avoid disruption during the day.

Note that TiVo data transfers including CASPA video on demand are unmetered by Vividwireless.

The main caveat when considering signing up for Vividwireless is where the service will be used.

Whilst Telstra's NextG business wireless broadband gateway 9GB plan is slower than Vividwireless and is more expensive, Telstra's service has signal coverage across Australia whilst Vividwireless only covers a relatively small area around the central business districts of Perth, Sydney and Melbourne.