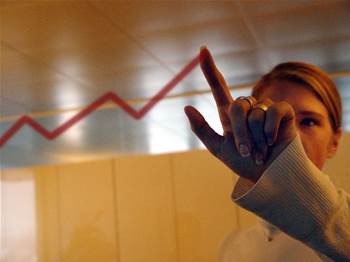 Today, Sophos revealed a disturbing rise in the level of email spam travelling across the internet between April and June 2008 which has resulted in only one out of 28 emails being legitimate.

According to Sophos, by June 2008, the level of spam had risen to 96.5 percent of all business emails from 92.3 percent in the first three months of the year.

Of concern is the increased use of social networking sites such as Facebook and mobile phones for spreading spam.

"To get around this, we are seeing spammers exploiting networks like Facebook to plant spam messages on other user profiles - these don't just get read by the owner of the profile, but anyone else visiting his or her page,” said Cluley.

The increased use of SMS texts sent to mobile phones has also sparked concern for researchers at Sophos. According to the vendor, in April, the switchboard of Dublin Zoo was swamped after at least 5000 people were spammed with SMS texts.

Spamming a lot of people via text message is an effective way of generating a flash-flood denial-of-service attack against the telephone system of an organisation you don't like.

Meanwhile, Australia continues to remain firmly out of the top twelve spam relaying countries, ranking 32nd, with New Zealand coming further below that in 70th place.

The US and Russia were found to be sending the most.

"Between April and June 2008, the computer users of US and Russia retained their shameful first and second places as the top relayer of spam," said Cluley.

"It should be remembered also that some spam is not just a nuisance, but malicious in its intent - trying to get you to click on an attached Trojan horse or lead you to a dangerous website," said Cluley.
Got a news tip for our journalists? Share it with us anonymously here.