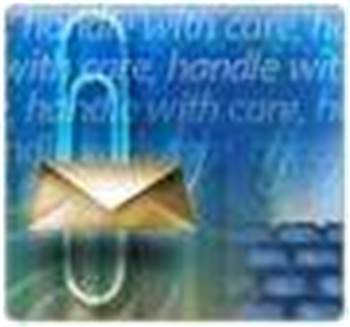 Anti-spam organisation may go under if court ruling sticks.

UK-based anti-spam organisation Spamhaus expressed concern yesterday that email inboxes around the world could be deluged with unsolicited email if a US court rules against the group.

Email marketing company E360Insight won a US Federal Court order last month requesting Spamhaus to pay US$11.7 million in damages for improperly listing the company on its blacklist. E360Insight has also demanded to be removed from the blacklist.

Spamhaus chose to ignore the ruling on the basis that it is a UK-based non-profit organisation with no offices or employees in the US, and is therefore outside the jurisdiction of the US.

The organisation is concerned at how far the US court will go while it appeals the ruling. Its greatest fear is that the judge will ask the Internet Corporation for Assigned Names and Numbers (Icann) to suspend the spamhaus.org domain.

The anti-spam group maintains that this cannot actually happen owing to the effect the shutting down of the domain would have on the internet.

"The effect of suddenly not blocking such a large amount of spam would allow this volume of unwanted junk to hit mail server queues all over the world," the organisation said.

"We believe that a government agency would have to step in before that happened."

But the group is also hopeful that Icann will fight the order. "We are sure that Icann understands the technical effect as well as the political one," it said.

Icann, which claims to be an independent authority, has drawn some fire of late for its close relationship with the US government.

Spamhaus is also seeking legal counsel. "To ensure that this does not happen we are working with lawyers to find a way to appeal/contest the ruling and stop further nonsense by this spammer," the organisation said.

But should the worst happen, Spamhaus, which is operated entirely by volunteers, hinted that it could give up the ghost rather than face more legal issues with a workaround.

It has been suggested that the anti-spam operation could either switch to a new domain name and transfer its customer base, or even operate using just the IP address. But the company has written off both options.

"The reality is that if Spamhaus gets around the court order by switching domain, the judge would very likely rule us in criminal contempt," the organisation said.

Got a news tip for our journalists? Share it with us anonymously here.
Copyright ©v3.co.uk
Tags:
fanhitsinsecurityspamspamhausspatthe