SpaceX plans to use satellites to deliver internet 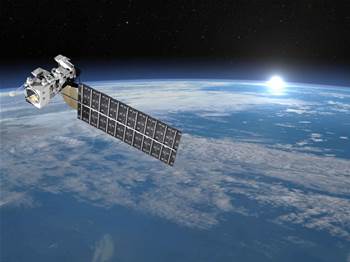 To provide regional areas with broadband.

Tesla founder Elon Musk's SpaceX has filed an application for satellites that would provide internet access to rural and regional areas.

The rocket builder last week filed an application with the US Federal Communications Commission (FCC) which outlines plans to launch an initial two Ku-band satellites - dubbed MicroSat 1a and 1b - next year.

It plans to launch eight trial satellites overall based on the results of the initial tests. The first two satellites will determine whether the broadband antenna platform in space will be able to beam an internet connection to Earth.

The satellites would have a 625km circular orbit at 86.6 degree inclination and a lifespan of up to 12 months, the application states.

The first test site is proposed to be the Vanderberg Air Force Base in California. The test satellites would beam broadband to three locations in Washington and California - including SpaceX's headquarters in Hawthorne, California.

SpaceX raised $1 billion in funding from Google earlier this year, which is expected to be used to build the network of internet-beaming satellites.

The company has spoken of its desire to provide internet access to those in regional areas previously. Founder Elon Musk recently said the company could build a factory in Seattle to create the satellites.

Google is similarly planning to use satellites to deliver internet to regional areas, and is additionally experimenting with both drones and hot air balloons in the same pursuit.