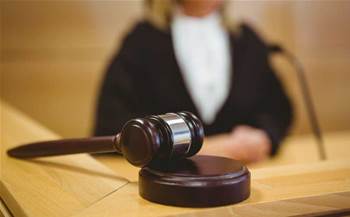 Regulators get their man after four years.

Australian regulators have finally caught up with small-time telco vendor James Harrison, who was today banned from running a corporation for three years and fined $250,000 over the “unconscionable” operation of his group of telco companies.

The sentence follows years of pursuit by Australian regulators, which culminated in the federal court ruling against the companies and their director late last year.

The businessman attracted the interest of the ACMA for transferring customers between liquidated companies to other companies under his control without their knowledge or consent.

The ACCC has accused him of switching between trading entities to avoid regulatory sanctions and unpaid debts he’d already built up.

They also cracked down on the operator for harassing customers to pay early termination or cancellation fees for the unsolicited moves, which he had no contractual grounds to demand.

Sydney-based SoleNet and Sure Telecom specialised in servicing residential and small business customers. Neither appear to be actively operating.

Harrison today learnt he will be banned from carrying on a business or supplying telecommunications services for two years, and will be disqualified from a managing any corporation for three years, beginning from 1 April 2017.

He and his businesses have also been fined $250,000, and will be ordered to pay the ACCC’s court costs and issue refunds to any customers illegally charged termination fees by his businesses.

Delivering the sentence, Justice Moshinsky said the business’ conduct was “systemic and planned”.

ACCC deputy chair Delia Rickard said the sentence “sends a clear message that directors have responsibility to ensure their businesses comply with the Australian consumer law".