Social Services wants to use payroll data to target fraud 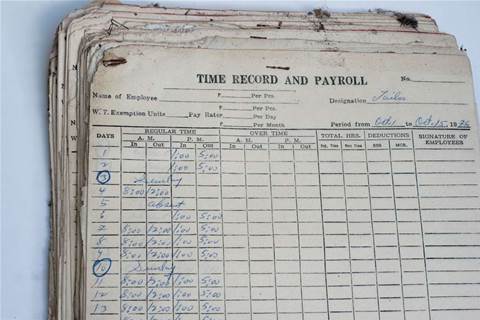 But legislation is standing in its way.

The Department of Social Services says the unprecedented exchange of payroll data between employers and the tax office creates an opportunity to put a huge dent in welfare and tax fraud - if only legislation would allow it to happen.

The DSS has written to the Productivity Commission - which is investigating the potential economic windfall of greater public and private sector data sharing - to argue that if it could get its hands on this data it could stamp out billions of dollars worth of tax and welfare fraud.

In January next year, the Australian Taxation Office will begin trials of its single-touch payroll exchange, which will see employees automatically share up-to-the-minute wage and superannuation details with the ATO through a direct link with their own accounting software.

STP reporting will become mandatory for all Australian businesses with more than 20 staff on 1 July 2018.

The Department of Social Services says single-touch payroll could be just the technological advance the government needs to claw back some of the $3.5 billion it is owed by overpaid welfare recipients, as well as countless dollars from tax evaders.

“For example, STP data could be applied to detect undeclared and under-declared employment income in relation to social security payments and for reviewing income estimates for family assistance payments,” the DSS wrote in its submission.

But the DSS is blocked from accessing the single-touch payroll data by a series of Commonwealth tax laws that probit the use of tax file numbers for this kind of data matching exercise.

It is lobbying the Productivity Commission to weigh up the benefits of relaxing the laws before the commission hands its final set of recommendations to government in March 2017.

The social services portfolio agencies, including the Department of Human Services, already exchanges information with the ATO in a number of other fraud-detection programs. A recent exercise comparing annual income declarations to the tax office with those made to Centrelink dug up $1.7 billion worth of overpayments, according to DHS officials.

The DSS also argued that greater sharing would allow agencies to coordinate their debt recovery efforts, which it says are currently “disparate” and conducted separately at a “significant cost” to the Commonwealth, even though they might be going after the same clients at the same time.

A “streamlined approach would reduce the administrative and compliance costs of debt collection and increase recovery rates over time,” it said.