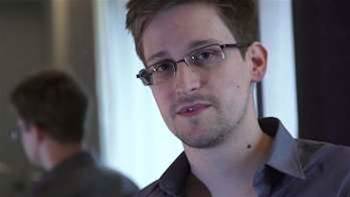 Former US spy agency contractor Edward Snowden has applied for political asylum in Russia, a Russian official said on Monday, but President Vladimir Putin said he was not welcome unless he stopped harming US interests "as strange as that sounds coming from my lips".

Wikileaks activist Sarah Harrison, who is travelling with Snowden, handed his application to a Russian consular official in the transit area at Moscow's Sheremetyevo airport late on Sunday, Kim Shevchenko, a consul at the airport, told Reuters.

The Los Angeles Times, citing an unidentified Russian Foreign Ministry official, reported that Snowden had met Russian diplomats and given them a list of 15 countries where he wished to apply for asylum. Foreign Ministry and Kremlin officials declined immediate comment on the reports.

Putin, speaking eight days after Snowden arrived at a Moscow airport where he is believed to remain, repeated that Russia had no intention of handing him over to the United States, where he faces espionage charges.

"Russia has never given up anyone to anybody and does not plan to. And nobody ever gave anyone up to us," Putin said.

For the second time in a week, Putin said Russian intelligence agencies were not working with the 30-year-old American who fled his country and leaked details of secret U.S. government surveillance programmes.

"If he wants to stay here, there is one condition: He must stop his work aimed at harming our American partners, as strange as that sounds coming from my lips," he told reporters after a gas exporters' conference in Moscow.

But Putin said he suspected that Snowden would not stop leaking information, because "he feels himself to be a human rights activist".

"So he must choose a country of destination and go there," he said, speaking before the asylum request to Russia was reported. "Unfortunately, I don't know when this will happen."

The president of Ecuador, where Snowden was known to be seeking asylum, said on Sunday that his fate was in Russia's hands because Ecuador could not consider the plea until he reached Ecuador or one of its embassies.

Snowden, who has not been seen by reporters scouring the airport, has had his U.S. passport revoked and countries around the world are under U.S. pressure to deny him asylum.

A U.S. national security official said that, as far as the U.S. government knew, Snowden was still in the transit zone and would have a "hard time leaving" the airport even if he wanted to.

When asked about speculation that Snowden might leave with one of the delegations to the conference, whose guests included the presidents of Venezuela and Bolivia, Putin said did not know of such plans.

Some Russians say Putin should grant Snowden asylum, but his remarks suggested the former Soviet KGB officer has little sympathy with the actions of the former National Security Agency (NSA) contractor, who is seen by some at home as a traitor.

Shortly after Snowden fled the United States to Hong Kong last month and long before he arrived in Russia, Putin suggested the surveillance methods he revealed were justified in fighting terrorism, if carried out lawfully.

Although Russia has sometimes done spy swaps with the United States, Putin suggested on Monday that this was not on the cards for Snowden. "As for Mr Snowden, he is not our agent and he is not working with us," said Putin.

Putin also shrugged off a controversy over whether Washington had spied on its European allies. "But I don't want to get bogged down in this, this is a professional issue," Putin told reporters.

Obama, at a news conference in Tanzania dominated by the EU controversy, repeated that the United States was working through law enforcement channels to prod Russia to extradite Snowden.

Obama said there had been "high-level discussions with the Russians about trying to find a solution to the problem". (Additional reporting by Alissa de Carbonnel in Moscow, Mark Hosenball