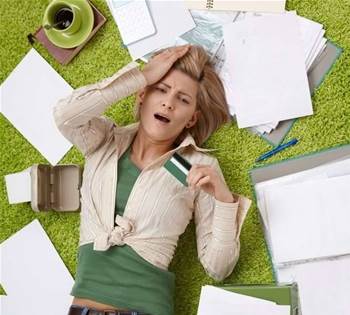 The Telecommunications Ombudsman has tripled the monetary limit of disputes it can make legally binding determinations for after receiving complaints of excess internet usage bills as high as $215,000.

Acting Ombudsman Simon Cleary revealed a string of astronomical internet billing complaints the TIO had received to illustrate why it needed more power to rule in disputes involving large amounts of money.

Cleary said that under new rules to come into effect next month, the TIO could now make legal determinations on disputes involving sums of money up to $30,000, up from $10,000.

It could also make recommendations on disputes involving up to $85,000, rather than the current $50,000 limit, and try to help resolve claims above that.

The new limits will be reviewed again within 12 months. It is the first time the limits have been altered since the TIO's inception in 1993.

"Consumers would not understand why two complaints about the same issue - one involving $8,000 and the other $12,000 - were not both able to receive the same level of assistance from the TIO," Cleary said of the current limits.

"The increases are reasonable and necessary to fulfill the TIO's role and functions in the current telecommunications marketplace."

Other large complaints received by the TIO included "a family member with a drug addiction being able to take out multiple handsets with a provider, incurring $40,000 in contract fees".

Another claimed "he did not receive his mobile telephone bills for several months and when a bill finally arrived it was for close to $145,000," the TIO said.

Cleary believed that by giving TIO more power to make legal determinations, the TIO could significantly reduce the need for customers to take action against service providers in the courts.