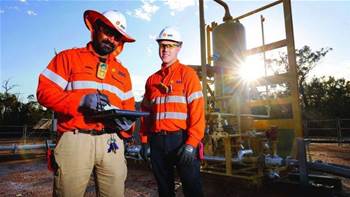 Shell-operated QGC will expand its use of drones flown beyond the line of sight of operators to a 7000 square kilometre swathe of Queensland and NSW dotted by gas wells and infrastructure.

The gas operator has struck a deal with Boeing subsidiary Insitu for the drone technology and associated analytics tools to be put into production following two years of trials.

The specific deal is for "automated infrastructure inspection and management services".

The plan to fly the drones beyond visual line of sight (BVLOS) already had CASA approval, enabling QGC to reduce the effort involved in inspecting and managing infrastructure in the Surat Basin.

Discussions had been underway last year to expand the usage area and this appears to have now been given regulatory approval.

The project is touted as a “first-of-its-kind program in Australia”, and is considered by those involved to be a “significant move towards the use of autonomous air vehicles and advanced analytics in the area of broad acre infrastructure operations and maintenance".

“The partnership will allow QGC to drive improvements in our safety performance, more efficiently and effectively survey our infrastructure and reduce our footprint on the environment,” QGC’s general manager of upstream Bill Langin said in a statement.

Langin said the system could allow inspection crews to reduce travel “by up to 800,000km/year".

Data captured by the drones is processed and analysed automatically “in near real-time” out in the field, where it can be directly acted upon.

Once this occurs, it can also be transmitted to management staff in the Brisbane headquarters.

In addition to inspecting wells, tanks, valves, floats, vents, pipes and associated gas infrastructure, the drones are also being used to examine the “environmental surrounds of the infrastructure such as fencing structure integrity, road subsidence/flooding/access, erosion, livestock and vegetation encroachment”.

The drones can also be quickly mobilised to assess problems with gas infrastructure, allowing the company to potentially get infrastructure back online sooner.