Shell and HP tap into oil 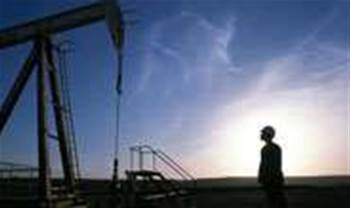 Shell will work with HP to develop a wireless sensing system to aid oil and gas exploration.

The two companies will use new ultrasensitive, low-power micro-electromechanical system (MEMS) accelerators developed by HP Labs to perform seismic imaging and monitoring of oil and gas reservoirs below the earth’s surface with far more accuracy than was previously possible, they said.

HP will also provide servers, network and storage to handle the petabytes of geophysical data that the thousands of wirelessly linked sensors are expected to generate, the volume of which will be too large for any network to handle. This means it will have to be shipped from the field to the data centre on the back of trucks, and probably stored on tape due to harsh environmental conditions.

“When data is collected in the field, it has to be transported to a data processing facility then fed into the supercomputing infrastructure to turn the images into a real sub-surface visualisation of what is below the earth,” said Wim Walk, manager of Shell’s novel geophysical measurement department.

“We will see oil and gas reserves that we could not see before, but the main advantage will be to image those reservoirs with much higher precision, which has an extremely high value in terms of the success of drilling wells.”

The two firms have yet to finalise how data will be stored in the interim before it is sent to Shell’s supercomputer facilities, or navigate regional and country-specific laws on radio frequency usage to deliberate exactly how the sensor devices will communicate with each other.

“We are not going into contract details yet, just announcing the collaboration relationship,” said Jeff Wacker, leader of services innovation and HP Fellow at HP enterprise services, describing the value of the agreement as “a multimillion-dollar, multi-year deal”.

“We may use some kind of portable datacentre, but it has to be able to cope with harsh conditions, such as the desert, the arctic, the jungle or swamps, for example. It is different from hauling in a 40ft performance optimised data centre for the Olympics,” he said.

Thousands of sensor devices will be buried a few inches below ground over areas typically spanning 1,600 square kilometres in remote regions, thereby increasing the number of channels and broadening the sensor frequency range to deliver more accurate seismic imaging. Each will squeeze the MEMS accelerator chip, a radio, battery and solar cell into a small, lightweight rugged unit which can be easily transported and deployed.

Seismic imaging sends sound waves through the earth, which are reflected back off oil and gas reservoirs to provide numeric data that can be processed into pictures.

“It is much harder to get a high-resolution picture of sub-surface reservoirs on land as opposed to on sea,” said Walk. “The commercial systems we had were not doing it for us, and we could not get a good feeling of where to aim when drilling for oil and gas.”

HP has partnered with Shell before, but in traditional areas of IT rather than field operations. HP can also provide the data monitoring, control and analytics software to help process seismic imaging data, though in this case the oil company preferred to use its proprietary software to integrate the data feed into its own supercomputing infrastructure.

“Shell has not traditionally been into building systems itself – rather, it would use other seismic monitoring solutions – but now we really want to take the lead and design a super-duper system for all seismic data quality,” said Walk.

Big-spending oil and gas companies are important customers for IT vendors, which compete to provide them with supercomputer, server, storage and network components to support seismic information handling requirements, where the volume and complexity of the data needs powerful processing capabilities, either as on-premise equipment or as hosted, grid computing-type services.

Got a news tip for our journalists? Share it with us anonymously here.
itweek.co.uk @ 2010 Incisive Media
Tags:
digforhardwarehpmeasurenetworkingoilpowerreservesshell