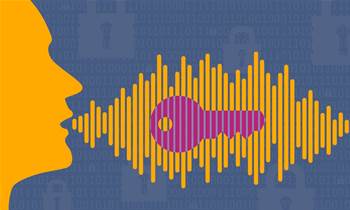 More than 1.2 million people have now enrolled a voiceprint with Services Australia to access government services, new figures released by the agency reveal.

The agency responsible for Centrelink and Child Support said “increasing numbers” of users were enrolling after improvements were made to its voice biometric authentication service.

“As at 19 March 2020, 1.2 million customers have enrolled a voiceprint with Services Australia,” it said in answers to questions on notice from senate estimates.

“Services Australia made it easier for customers to register their voiceprint; this has resulted in customers registering voiceprints in increasing numbers.”

The improvements to the enrolment process occurred during 2018-19 under the telephony optimisation program, according to the agency’s most recent annual report.

But the 1.2 million figure is likely to already be outdated following the influx of welfare recipients in the wake of the coronavirus lockdown measures implemented by the government.

Services Australia was contacted for comment, but declined to provide any further enrolment data.

Voiceprints allow citizens to confirm their identity when on the phone with the Services Australia contact centre by repeating the phrase “in Australia my voice identifies me”.

The opt-in service uses the distinctive features in a person's voice such as sound, rhythm and pattern to achieve this, ultimately allowing service officers to answer more calls.

The solution also presents service officers with a summary of the customer record as the call is answered, which also goes some way to reducing the call time.

According to natural language firm Nuance, which provides the voice biometrics solution, the technology can detect when a voice is recorded or live to stop fraud.

“A biometric voiceprint is the strongest level of security available to protect our customers’ information over the phone,” Services Australia said.

Canberra’s other big service agency to use a Nuance voice biometric authentication service, the Australian Taxation Office, has enrolled over 4.2 million voiceprints since 2014 - more than three times that of Services Australia.

This figure has grown by more than 800,000 users since February 2018, when the number of voiceprints sat at 3.4 million, though enrolments have slowed since they peaked in 2016-17.