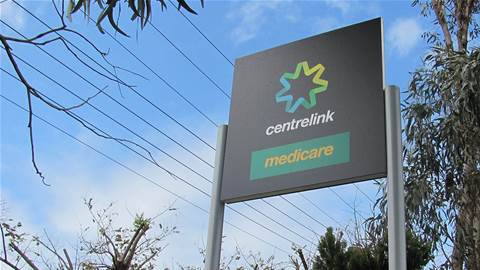 Services Australia is planning to increase the number of staff in its technology service group while reducing external IT contractors over the next four years, as the agency takes on a greater number of government-wide projects.

Chief transformation officer Charles McHardie told a senate inquiry into the current capability of the Australia Public Service (APS) this week that the agency is aiming for a “70/30 blend” between APS staff and contractors in the group.

“We want to be at 70 percent APS technical workforce [and] 30 percent contractors, and we are working very closely with the Digital Transformation Agency and now the Australian Public Service Commission as well on that skills uplift across federal government,” he said.

For at least the past three years, the split between APS staff and contractors in the technology services group has hovered at around 50/50, with the latest figures putting the blend at closer to 48 percent APS employees and 52 percent contractors.

It has led to criticism from the Community and Public Sector Union, which believes the government’s largest IT shop has “lost sight of the benefits of in-house IT”, noting that some teams are now “almost 100 percent contractors”.

A Services Australia spokesperson told iTnews the agency planned to achieve the 70/30 ratio by increasing APS employee headcount in the technology services group and reducing contractor numbers by June 2025.

“This [multi-year aspiration] will be achieved through our strategic workforce plan, which includes initiatives aimed at capability building and working with industry partners and tertiary institutions,” the spokesperson said.

It is not clear how the agency will reach the target, but its extensive welfare payments infrastructure transformation (WPIT) program will begin winding down from next year, with new platforms set to become business-as-usual.

At the same time, however, Services Australia has recently assumed new work from the Department of Finance in the form of the GovERP platform and it is now playing a greater role in the myGov overhaul and digital identity program.

Providing more detail on the plan during the inquiry, McHardie said a combination of in-house and external training, as well as entry-level programs for staff, would be used to reach the target ratio.

“They do tend to chase that investment and you see it with contractors. They will move from company to company if they don’t think they’re being invested in, so it’s beholden upon us across the APS in technology roles to make sure that we’re investing in our people.

“And I think entry-level programs are extremely important as well… making sure that we’ve got appropriate levels of cadetships, traineeships, apprenticeships and particularly the graduate program.”

“You do get into a situation where you need to train your way out of any sort of resource shortfall with your public servants, and whilst you’re doing that relying heavily on a contracted workforce, particularly for the newer technologies,” he added.

McHardie said a new Pega-based entitlements calculation engine (ECE) is a good example of where Services Australia is upskilling APS staff that currently look after the legacy payments capability through the income security integrated system (ISIS).

The ECE, which initially be used by Centrelink to determine eligibility for welfare recipients and how much to pay them, is currently being developed by Infosys for use across Service Australia’s service delivery areas.

“We have a fairly large APS workforce that looks after the ECE day in, day out for ongoing BAU [business-as-usual] activities, but also for legislative change, and we’ve seen a lot of that change during the Covid-19 crisis,” McHardie said.

“But [in preparation for] the new system we’re bringing onboard, we are training that APS workforce up now.

“We’re running a Pega Academy to get them up to speed in that capability, but in the interim we’re relying heavily on… Infosys to… help us build that new ECE capability [and] upskill our APS workforce as we go, so in the future we’ll be able to look after that capability.”

The Pega Academy, formally known as the Services Academy, was launched by the agency last month as a “training group” for APS staff and contractors to upskill in Pega software”, Services Australia told iTnews.

“It’s the primary resource for Pega-related information and learning materials, as well as supporting Pega and other related infrastructure and technologies,” the spokesperson said.

“It has a range of staff support options, including training programs (facilitated and self-paced), reference materials and service desks across a choice of channels (online, face to face and telephony).

“It’s been designed to maximise knowledge development throughout the agency and across all Pega-based projects and functions, and includes general as well as project-specific reference material.”