Service NSW in talks to bring Medicare card to app 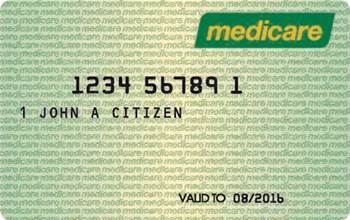 NSW residents could soon be able to add their Medicare cards to the Service NSW app, removing the need to juggle multiple apps or carry a physical card.

Service NSW has begun talks with the federal government about linking a digital copy of the Medicare card, as has already been done for Covid-19 vaccination certificates.

It follows feedback during a recent digital identity consultation, in which the government found a wish for greater access to federal government services through the MyServiceNSW account.

Until now, a digital Medicare card has only been available through Services Australia’s Express Plus Medicare app.

A spokesperson for Service NSW told iTnews that “preliminary discussions” with Services Australia had centred on “further integration of digital credentials within the Service NSW app”.

While “no formal agreement” has emerged from the discussions so far, iTnews understands initial conversations between the pair have been positive.

“Service NSW and Services Australia have a strong working relationship and recently collaborated on the successful integration of the Covid-19 digital vaccination certificate on the Service NSW app,” the spokesperson said.

Integrated vaccination certificates were made possible by Services Australia, which reworked its backend last year to allow data to flow from the Australian immunisation register.

All eight state and territory jurisdictions benefitted from the work, meaning that any efforts to  bring the Medicare card to the Service NSW app could have Australia-wide implications down the track.

It is not yet clear whether any further security measures such as holograms or QR codes would be added as part of the integration, as has been done for vaccination certificates, to ensure authenticity.

Service NSW has spent the best part of the past decade bringing licences and credentials to its app, starting with responsible service of alcohol (RSA) cards and recreational fishing licences in 2016.

But it was the launch of digital driver’s licences in 2019 that showcased the demand for digital, with usage more than three times the government’s initial estimate in the first year of operation.

More than 3.3 million motorists – or around 60 percent of all drivers – held a digital driver’s licence in September.

NSW is now planning to bring a greater number of credentials to the Service NSW app, having revealed plans for a digital wallet to allow citizens to prove their identity and share credentials.

The wallet is anticipated to hold both government and private sector credentials such as trade licences in the future.

In December, the government set aside $8.9 million to begin work on the digital wallet and digital identity hub, with at least some of this funding to go towards a commercial credential exchange.