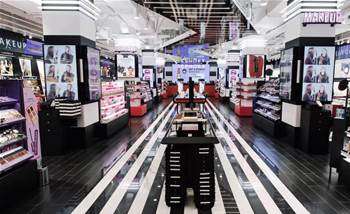 Sephora is set to switch on a new cloud-based payroll and workforce management system for its Australian and New Zealand retail operations from June.

Director of stores and client experience for A/NZ Stacy Paoa told Ceridian’s HCM executive summit that the beauty retailer would follow its US operations in deploying Ceridian’s Dayforce platform.

Sephora has 650 employees in its A/NZ operations.

Though its retail stores are currently closed due to the COVID-19 pandemic, it is still operating online, and Paoa is hopeful of reopening at least the Australian stores in mid-May.

Regardless, the retailer has set June 1 as the go-live data for payroll and workforce management via Dayforce, and Paoa said that would not change.

“We're going to have everything ready to go regardless and we're not flexing on that go-live date,” she said.

Despite Sephora’s global presence - with 2600 stores across 34 countries - Paoa said technology decisions were left to the markets and regions, resulting in variations across geographies.

“You're probably thinking as a global company [that we] probably have a global solution for workforce planning. And the answer is, we didn't,” Paoa said.

“We all operate very independent of one another so we have a global proposition in terms of our values, but the tech is very much based on the market specifically.

“Our company is part of Southeast Asia, which is part of Asia, and even then we don't have a consistent workforce management tool.”

Paoa said there was an existing tool that was largely ignored both by head office and retail staff.

“It didn't talk to our payroll system, it was really clunky, and the user experience wasn't great,” she said.

Though Paoa has been in her role in A/NZ for a year and a half, she has been with Sephora for 17 years, working her way up from the shop floor.

Back in 2011, she was part of a pilot group when Dayforce was launched in the retailer’s Las Vegas market.

“I was able to really see that being built from the ground up and also saw the success that it drove for the overall business after we integrated that into our systems,” she said.

However, the US experience alone wasn’t enough to get Dayforce over the line in A/NZ, with offerings from five vendors ultimately evaluated.

“We're the first, but it's something that every country is excited to see the success here so that we can roll out in the rest of our countries [in the region].”

Paoa said it made sense to run Sephora A/NZ’s payroll and workforce management out of a single system.

“It would've been quite easy for us to keep the same payroll system but having something that was all-in-one, where there wasn't data files being shared across two different systems, [was] a 'no brainer' for me to pitch to HR because they ran into so many challenges with having one system run by one company and then the payroll system in another company,” she said.

More broadly, Dayforce integrates with My Sephora Career, a global human resources system the company uses that is built on SAP’s SuccessFactors.

Paoa expects Dayforce will play a crucial role in the back half of 2020 and beyond as the company - like others - attempts to trade its way out of the COVID-19 crisis.

The platform includes - among other things - predictive capabilities that helps companies determine how to roster staff to meet demand and operational targets.

“The system uses your data to give you the best outcome and it also helps to have you identify - without you having to manually identify - where are your opportunities, where are your deficits, and then putting more stuff or putting more whatever it is, shifting your current headcount into the places that you have a need,” Paoa said.

“We know that this will help us be more proactive, more productive and more predictive of what the future holds.

“It just really helps us to protect the profitability piece. We're looking at any way to be more predictive of what the rest of the year will hold.

“We need to really control the costs the best that we can.”

Sephora’s retail staff are also expected to benefit from the new system, which distributes rosters and allows roster changes to be made via an app.

“The fact that they can access an app that gives them their roster on-demand and they can switch a shift is a huge win for them,” she said.