Secure the Internet, to secure the economy: OECD 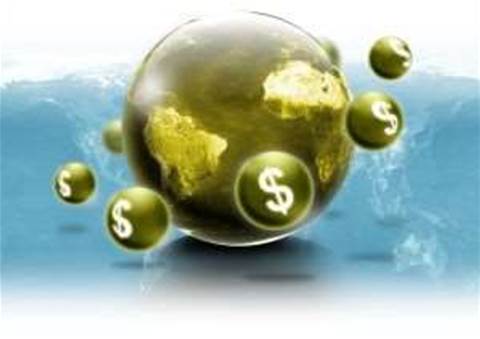 Stronger international cooperation to fight cybercrime moved a step forward on Wednesday with the signing of the Seoul Declaration at the OECD Ministerial meeting in Korea, but will Australia benefit?

In Seoul, Korea, on 17-18 June, the declaration paved the way for governments to work closely with business, civil society and technical experts on policies that protect and expand Internet access and use worldwide.

In the declaration, OECD member countries affirmed their commitment to working together to stimulate innovation, competition and investment in information and communications technology.

OECD Secretary-General Angel Gurría said: “Policies affecting the Internet can no longer be seen as narrow sectoral policies having to do with telecommunications, but as mainstream economic policies reflecting the fact that the Internet has become a fundamental economic infrastructure.”

“Given that this infrastructure has become critical to our economies and societies, we should all engage in developing better, more broad-based, governance arrangements and policies,” Gurría said.

Communications Minister Senator Stephen Conroy was in Korea to vice-chair the OECD meeting. He led a panel discussion on ‘Building Confidence’, which signalled his support for ensuring the livelihood of a global digital economy.

“Building confidence in the security of online transactions is vital to promoting the growth of the global digital economy,” said Conroy.

He added: “Security and safety on the internet are key issues…on how we can better manage risks. I am particularly concerned about improving online safety for children and international cooperation is crucial for this to be achieved.”

Global collaboration to tackle cyber-crime and Internet security has been on the minds of many this year. Just last month the International Multilateral Partnership Against Cyber-Terrorism (IMPACT) was formed at in Malaysia where three Australian officials attended.

The goal of the Alliance is to chart a global multilateral platform using ministerial roundtables, plenary sessions and information-sharing sessions about the latest cyber-security threats, trends and issues.

“What Mr Conroy is saying is obviously very welcome; anything we can do to make the internet a safer place for children is to be applauded. However, yes international cooperation is important, but we also need better cooperation between ISPs, the Government and the IT security industry in Australia if we want to make real progress."

"The technology exists to help users control who accesses what, but we need better education, tighter controls and clear guidelines over censorship and responsibilities at a national level to make real breakthroughs,” Marquez said.

“It’s time all of us – the security industry, the ISPs and the Government – co-operated better to tackle it,” he added.

Back in Seoul, data security, especially personal data, was also a focal point of the discussions where Gurria labelled personal information 'as the currency' of the Internet economy.

“OECD recognised the importance of personal data 25 years ago when it issued the Privacy Guidelines which form the foundation for most countries’ privacy standards."

He added: “The guidelines have stood the test of time. But the growth of business models built around the mining of this data and the explosion of social networking sites, require us to better understand and analyse changes both from an economic and a social perspective – what are the risks, what are the benefits? and how do we adapt policy to this new environment?”