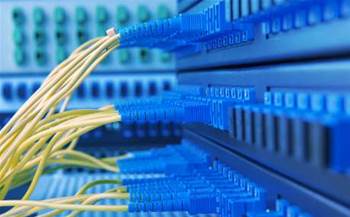 Up to US$100 per IPv4 address could become the norm.

Network operators continue to demand IPv4 address space and are willing to pay rising prices and enter into potentially risky trading to obtain allocations of the older protocol.

Explosive growth of internet-connected devices has led to the worldwide pool of approximately 4.2 billion IPv4 addresses emptying out.

The situation was predicted many years ago, but it was never adequately dealt with by concerted migration to the newer IPv6 protocol, which holds a far larger numbering space.

The looming shortage has created a market for second-hand IPv4 addresses, which started in earnest in 2011 with Microsoft famously paying US$11.25 per IP to bankrupt Nortel’s receivers.

This year has seen a marked increase in IPv4 addresses being traded, and has led to the novel situation of brokers proffering their services at internet registry and network operator conferences.

The brokers act as intermediaries between the IPv4 haves and have-nots, and promise to smooth out the relatively complex process of transferring address blocks.

Part of their mission is to persuade companies and organisations that were handed out large IPv4 allocations in the early days of the internet to view them as valuable assets, IPv4 market group head Sandra Brown told iTnews.

“There are large stockpiles of IPv4 addresses that were given out to friends, and which now sit unused,” Brown said.

Contrary to what most people think, the IPv4 internet still hasn’t run out of addresses; they’re just not being used.

Chief scientist of the Asia-Pacific Network Information Centre (APNIC), Geoff Huston, told iTnews around 22 percent of the currently allocated IPv4 space is not advertised - meaning it’s not actively used on the internet.

In theory, this provides millions more addresses that could be made available.

“A lot of that unadvertised space is currently administered by ARIN, and if reflects space in the old Class A and Class B networks that pre-date the regional internet registry system,” Huston said.

“As they predate the RIR system, they are not covered by any regional registry contract, so there is no clear way to reclaim them in many cases."

This means that those who have the old-style Class A and B IPv4 allocations can do pretty much what they like with them.

Meanwhile, APNIC’s last allocatable /8 address block is predicted to run dry in 2020, and other RIRs are also feeling the IPv4 pinch, kicking off a brisk trade in addresses.

Elvis Velea from address broker V4Escrow told APNIC 40 conference participants in Jakarta that his company had seen almost 27 million IPv4 transferred worldwide in 2015 until August, with many more to come this year.

Local companies seem to have caught the IPv4 trading fever too, according to cumulative figures from APNIC.

Pay TV provider Foxtel has been Australia’s largest buyer of transferable IPv4 addresses, acquiring 524,288 in total from America Online, making it the fourth most active in the APNIC regional internet registry area.

Telco Optus, which has had 180,224 addresses transferred into its possession, is the only other Australian IPv4 acquirer breaking into the top 15 list of address buyers in APNIC, which is dominated by Chinese, Hong Kong, Japanese and Indian companies.

A total of 175 transfers were made in Australia, covering just under 1.4 million addresses.

Not all were commercial trades - some occur when companies close shop and assets are sold off, others are the result of internal transfers, and others are exports of locally allocated addresses to overseas buyers.

But a number are imported address blocks from ARIN in the US, pointing to Australian companies being willing to engage in IPv4 trading.

IPv6 not yet the answer to IPv4 scarcity

“The rise of IPv6 adoption in the past 12 months calls into question precisely how much longer we will need to keep IPv4 in circulation,” Huston noted.

In the year to August 2015, Google saw IPv6 traffic double from 4 percent to over 8 percent of the total - and the growth is accelerating.

Belgium has reached over 35 percent IPv6 adoption, followed by the US at 21 percent, and several other European countries are not far behind, Google’s traffic statistics show.

The problem is that IPv6 adoption worldwide is very uneven. For instance, Google rates Australia as a laggard globally, having just 1.46 percent IPv6 adoption. IPv6 is also not directly compatible with the older IPv4 protocol, so migration is not straightforward.

Migration to IPv6 has some way to go, and Brown estimates there will be substantial demand for IPv4 addresses in the next five to ten years - which will result in price rises.

Intra-RIR address block transfers in the same region attract a small price premium of 0.50 US cents per IP address, as they are somewhat less complicated to manage for buyers.

Brown and Waller’s sales pitch is that prices are as low as they will be and now’s a good time to buy.

They expect US$30 per IPv4 address to be the going rate soon.

"Even at US$100 per IP address, internet providers can easily recover the money spent on buying allocated IPv4 space by on-charging it to customers at a relatively low cost per month," Waller said.

“I did a reverse calculation based on the premium that ISPs charge for static public IP addresses (currently around A$20 per month) and this leads to a number around A$100 - A$200 (US$71-US$142) per address,” Huston said.

Brown and Waller believe the “pain threshold” above which network operators will feel compelled to move to IPv6 lies at US$60 per IPv4 address for large blocks, and US$100 for smaller ones.

“The problem is that it's not either/or for IPv6 and IPv4, so the pain threshold is not really relevant. An ISP has to support IPv4 for as long as there is content / services that their customers can only reach on IPv4," he said.

"They can’t substitute IPv6 until the content and services also have IPv6. So to some sense the price  is not really a switch price, but more an expression of demand and supply."

While high IPv4 pricing isn’t an issue for developed economies like Australia, it is a big problem for poorer countries building out their internet connectivity.

Brown noted that already, IPv4 prices are becoming too steep for developing economies such as India with large populations.

Such countries will need large amounts of address space to match internet connections growth, and being priced out of the IPv4 market, there is unlikely to be an alternative to IPv6 adoption en masse to meet demand.

On the face of it, paying for some IPv4 space while they still can afford it makes sense for network providers.

However, the price paid per IP doesn’t cover all the costs associated with address block transfers.

Buying used IPv4 space can be a bit like shopping for clothes in a dodgy second-hand store - buyers could end up with some seriously whiffy and buggy space that has been used for nefarious purposes, and because of that, been cordoned off by other providers.

Brown advised buyers to carefully check for several factors to ensure they get “quality address space”.

Firstly, make sure it’s not named in any blacklists as having been used by spammers.

“We tell clients to test first by setting up a mail server on the address block, and to see if messages get through or are blocked,” Brown said.

Getting out of anti-spam and other blocking lists can be difficult, so it’s best to avoid listed address space, he said.

Second, make sure the seller has a clear title to the allocation and is permitted to authorise the transfer to the buyer. RIRs are very finicky and will say no if there’s anything in the proposed transfer that goes against their policies.

This goes for any attempts at cashing in on speculative IP address buying, Brown said.

Then there’s geolocation/geoblocking which usually bites end-users wanting to buy goods and services on the internet, but are prevented from doing so as the IP address of their computers is assumed to be in a certain part of the world.

IPv4 address blocks are listed in geolocation databases like Maxmind which a large number of service providers like Google rely on to work out where a particular computer system is located.

Getting the geolocation data for an address block sorted out can take two to three months, and Brown suggests that newly bought IPv4 space not be put to production use until that has been done.

Making sure the newly bought address block is advertised on the internet immediately is crucial however, he noted, so as to prevent it from being hijacked and used by other networks.

Un-hijacking address space can be a long winded process, and if the network block is used for spamming or nefarious activities, it could end up in blocking lists.

Finally, Brown conceded that trading in IPv4 addresses could degrade the internet.

Many trades are done as small address blocks, which have to be advertised separately - filling up the global routing table and making it more complex.

Most transfers in Australia are tiny /24 blocks, with just 256 addresses, Brown said. Large internet providers are often reluctant to route such small blocks for the above reasons.

The cost and complexity of the IPv4 transfer market doesn’t seem to faze buyers, however.

V4Escrow’s Velea claimed that last year, his company organised transfers of over two million IP addresses, worth some US$22 million.

As the RIRs streamline their transfer policies, the number of address transactions is expected to increase further - Huston’s figures from APNIC show that the current number of transfers have doubled from the past year, hitting in some cases up to 6000.

That shows there’s plenty of demand for IPv4 addresses for the next few years, so the market can be expected to flourish while there’s still supply.