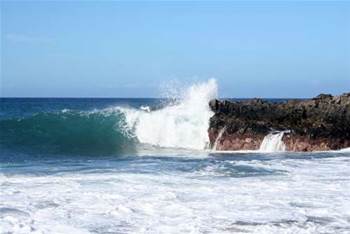 A datacentre conference has heard how one nation plans to drastically cut the cost of running datacentres by using sea water to cool servers.

Delegates at Data Centre Strategies 2009 have been shown plans for a new datacentre to be built at the Mauritius Eco-Park featuring a cooling system that uses cold water pumped from the ocean.

The plan calls for pipes to be placed 1,000 metres below sea level, where the water temperature is about 5ºC. The water is then pumped up around the cooling system before being returned to the ocean. The system is predicted to cut cooling costs by up to 75 per cent.

Similar systems are already in use in the South Pacific and the technology should help Mauritius attract high-tech businesses.

“Mauritius is ideally positioned at the crossroads of Africa, Asia and Australia and outside major earthquake ridges,” said Philip Low, managing director at conference organiser BroadGroup.

“The island is also well known as a major financial and infocom hub. Being relatively remote but well-connected to the world is a major attribute for the island-nation to position itself as a disaster recovery and business continuity destination,” he added.

Google has also been looking at the idea of using sea water to cool its datacentres. Last year, the company submitted a patent application for floating datacentres that are powered in part by wave action and cooled using sea water.

Cornell University already uses a similar system for cooling its entire campus, taking cool water from a nearby lake and using it as an alternative to the university’s air conditioning systems.

Got a news tip for our journalists? Share it with us anonymously here.
Copyright ©v3.co.uk
Tags:
coolcoolingnetworkingoddwareseasystemusingwater